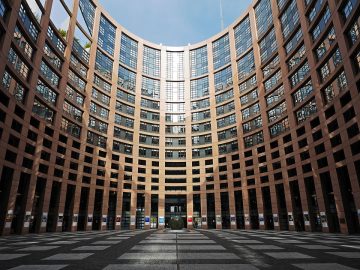 As Planet Ark reveals, the European Parliament has unequivocally passed a ban on single-use plastics, in a bid to drastically reduce marine and terrestrial pollution.

The legislation was passed with an overwhelming majority of 571 votes to 53.

As a result, by 2021, single-use plastic items such as straws, plastic cutlery and disposable plates will be “outlawed throughout the European Union”, and 95 percent of plastic bottles should be recycled by 2025.

“Today we are one step closer to eliminating the most problematic single use plastic products in Europe,” said Environment Commissioner Karmenu Vella.

“It sends a clear signal that Europe is ready to take decisive, coordinated action to curb plastic waste and to lead international efforts to make our oceans plastic-free.”

However, though the legislation has been passed, “member states still need to vote in favour of it in the European council”.