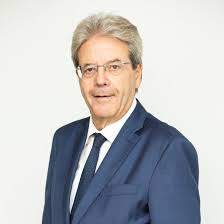 EU estimates a potential loss of €164 billion ($194 billion) VAT revenue due to the effect of the coronavirus on the European and global economy, poor tax compliance, fraud, avoidance, bankruptcies, insolvencies and tax administration.

This year’s VAT Gap report forecasts a pronounced increase in VAT revenue losses in the EU to €164 billion ($194 billion) in 2020 due to the effect of the coronavirus on the European and global economy. This is up from €140 billion ($166 billion) in 2018.

The ‘VAT Gap’ is the difference between expected revenues in EU Member States and the revenues actually collected, due to tax fraud, tax evasion and tax avoidance, but also due to bankruptcies, financial insolvencies or miscalculations.

[picture] Paolo Gentiloni, Commissioner for Economy, commenting on the report said “Today’s figures show that efforts to shut down opportunities for VAT fraud and evasion have been making gradual progress – but also that much more work is needed. The coronavirus pandemic has drastically altered the EU’s economic outlook and is set to deal a serious blow to VAT revenues too. At this time more than ever, EU countries simply cannot afford such losses. That’s why we need to do more to step up the fight against VAT fraud with renewed determination, while also simplifying procedures and improving cross-border cooperation.”

Online VAT fraud is a contributor to the VAT Gap with almost 27 million articles that infringed on intellectual property rights (IPR) were detained in 2018 with a street value of nearly €740 million ($876 million).

The fraud works like this: The trader sets up online marketplace accounts using different names and identities, that are often cloned or stolen from legitimate businesses and customers, to sell the same stock, dispatched from the same fulfilment house.

The traders legitimate VAT registered business will import the stock and place it in a fulfilment centre. The stock will almost certainly be under declared and massively undervalued to substantially reduce the import taxes and duty that is paid.