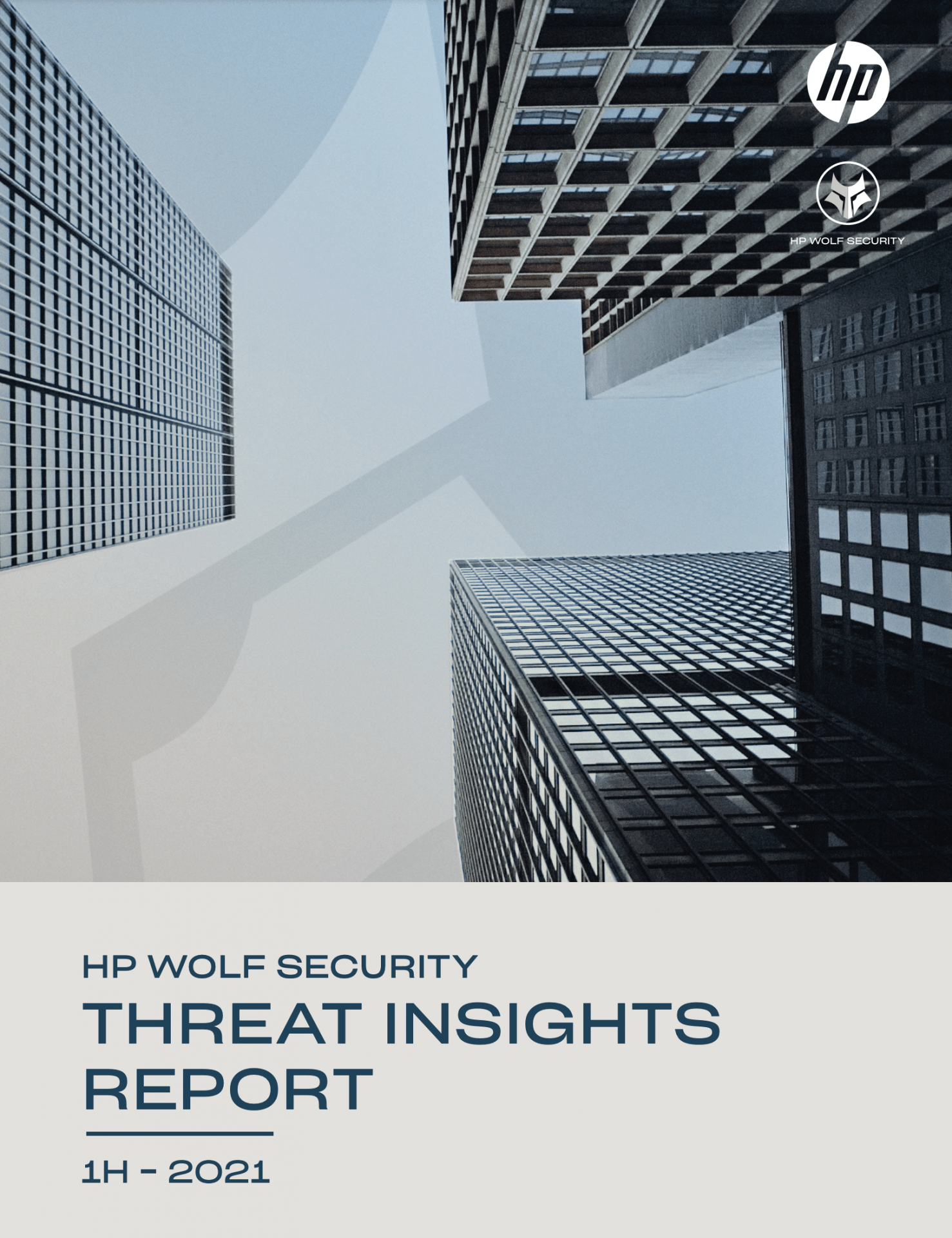 HP Inc. released its latest global Threat Insights Report, providing analysis of real-world cybersecurity attacks and vulnerabilities. The research shows a significant increase in the frequency and sophistication of cybercrime activity, including a 65% rise in the use of hacking tools downloaded from underground forums and filesharing websites from H2 2020 to H1 2021.

The findings are based on data from HP Wolf Security, which tracks malware within isolated, micro-virtual machines to understand and capture a full infection chain and help to mitigate threats. By better understanding the behaviour of malware in the wild, HP Wolf Security researchers and engineers are able to bolster endpoint security protections and overall system resilience.

“The cybercrime ecosystem continues to develop and transform, with more opportunities for petty cybercriminals to connect with bigger players within organised crime, and download advanced tools that can bypass defences and breach systems,” observed Alex Holland, Senior Malware Analyst, HP Inc. “We’re seeing hackers adapt their techniques to drive greater monetization, selling access on to organised criminal groups so they can launch more sophisticated attacks against organizations. Malware strains like CryptBot previously would have been a danger to users who use their PCs to store cryptocurrency wallets, but now they also pose a threat to businesses. We see infostealers distributing malware operated by organised criminal groups – who tend to favour ransomware to monetise their access.”

Further key findings in the report include:

“Cybercriminals are bypassing detection tools with ease by simply tweaking their techniques. We saw a surge in malware distributed via uncommon file types like JAR files – likely used to reduce the chances of being detected by anti-malware scanners,” commented Holland. “The same old phishing tricks are reeling in victims, with transaction-themed lures convincing users to click on malicious attachments, links and web pages.”

“As cybercrime becomes more organized, and smaller players can easily obtain effective tools and monetise attacks by selling on access, there’s no such thing as a minor breach,” concluded Pratt. “The endpoint continues to be a huge focus for cybercriminals. Their techniques are getting more sophisticated, so it’s more important than ever to have comprehensive and resilient endpoint infrastructure and cyber defence. This means utilising features like threat containment to defend against modern attackers, minimising the attack surface by eliminating threats from the most common attack vectors – email, browsers, and downloads.”