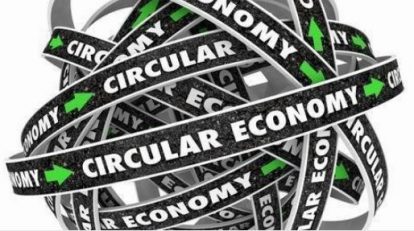 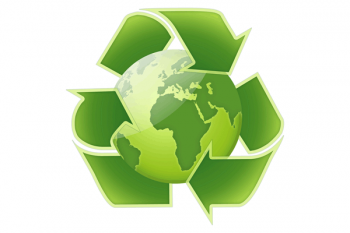 A new report, released by Circle Economy during the World Economic Forum meeting in Davos on 22 January 2019, has revealed that circular economy strategies could help us avoid climate change.

As CIWM reveals, the report “highlights the vast scope to reduce greenhouse gas emissions by applying circular principles”; however, it simultaneously notes that the majority of governments hardly consider the importance of circular economy strategies in their policies designed to meet the UN global warming limit of 1.5 °C.

Currently, the global economy is only 9 percent circular, meaning that a mere 9 percent of the 92.8 billion tonnes of “minerals, fossil fuels, metals and biomass” funnelled into economy annually is reused.

Circle Economy has also done some troubling maths which reveals that 62 percent of global greenhouse gas emissions are generated during “the extraction, processing and manufacturing of goods” – but the global usage of materials is showing no signs of slowing down; instead, it appears to be rapidly accelerating.

Circle Economy’s CEO, Harald Friedl, said: “A 1.5 degree world can only be a circular world. Recycling, greater resource efficiency and circular business models offer huge scope to reduce emissions. A systemic approach to applying these strategies would tip the balance in the battle against global warming.

“Governments’ climate change strategies have focused on renewable energy, energy efficiency and avoiding deforestation but they have overlooked the vast potential of the circular economy. They should re-engineer supply chains all the way back to the wells, fields, mines and quarries where our resources originate so that we consume fewer raw materials. This will not only reduce emissions but also boost growth by making economies more efficient.”

The report urges governments to “take action” and transition to a circular economy, which will have the benefit of maximising existing assets, “reducing dependence on new raw materials and minimising waste”, as well as lowering social inequality and improving low-carbon growth.

The report emphasises that circular methods are particularly important in “the built environment”, with Friedl stating, “Huge work remains to be done in established economies where the priority is to make better use of existing infrastructure. At the same time it’s crucial that we work with emerging economies to avoid mistakes made in the past.

Now is the time to replace traditional building methods with state-of-the-art practices which will not lock in high emissions for decades to come. Countries will make maximum impact by designing not just homes, buildings and infrastructure but whole cities for maximum resource efficiency.”

The report also provides three key strategies which could make a big difference to the economy, listing them as follows:

Recommendations to governments are also incorporated in the report, among them the abolishment of financial incentives which promote overusing natural resources, the raising of taxes on emissions, and the lowering of taxes on labour, innovation and knowledge.