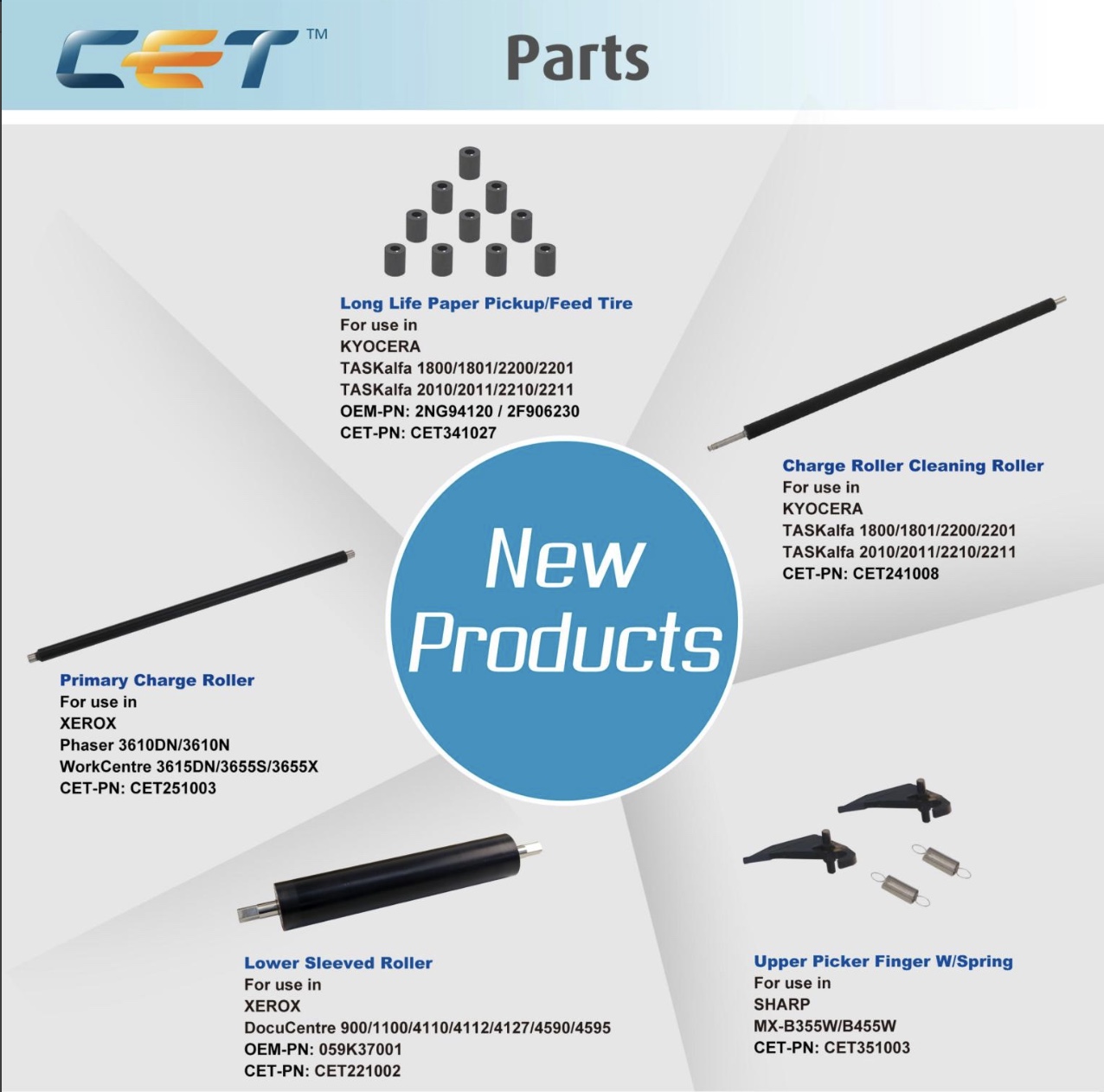 In the last few days, CET Group has launched a raft of new products for use in various OEM devices.

On the parts side, CET also added upper picker finger W/Springs for use in Sharp MX-B355W and B455W devices.

For more information on the above and more products from CET, go to www.cetgroupco.com.