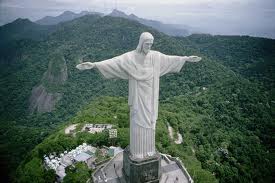 The OEM announced the conclusion of its toner cartridge patent lawsuit in Brazil against DRC SUPRIMENTOS DE INFORMÁTICA – EIRELI – ME.

Canon Inc. announced the conclusion of a patent infringement dispute with DRC SUPRIMENTOS DE INFORMÁTICA – EIRELI – ME, which also does business under the name “EDELTEC,” in Brazil, concerning toner cartridges sold for use in various models of HP laser beam printers.

In March 2016, Canon sued EDELTEC for infringement of Canon’s Brazilian. Patents No. PI 0720506-6 and No. PI 0807733-9 based on EDELTEC’s sales of infringing toner cartridges, including sales made through its website https://edeltec.com.br/.

By this Agreement, EDELTEC recognised the validity and the enforcement of the injunction granted by the State Court of Rio de Janeiro, which prohibits EDELTEC from making, using, selling and offering for sale in the Brazilian territory, and from importing into the Brazilian territory the toner cartridges that Canon accused of infringement.