Canon has big plans in India 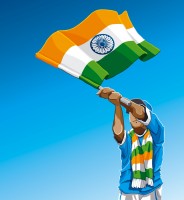 Canon India plans to bolster its presence in Eastern and Southern market and aims to get 25 percent market share in the ink tank printer market segment.

The OEM is planning to strengthen its retail presence in the eastern region for its Consumer System Products Division. As part of the growth strategy, Canon India aims at reaching out to 550 plus retailers in the region in the next two years, to expand the reach to over 1500 retailers. Additionally, with an intend to further strengthen the sales support, the company is planning to introduce 20 PIXMA zones in the Eastern region in 2019, which will serve as a one-stop shop for all printing requirements.

Mr. C Sukumaran, Director, Consumer Systems Products (CSP), Canon India said about the plans: “We continue to be the industry leaders specialising in crafting consumer centric technological innovations in India. East is one of the most dynamic and growth led market for us. The contribution of the region in the overall growth for 2018 stands at a whopping 13 percent with Kolkata, Guwahati and Patna being the top cities, that contribute the most to Canon’s overall business in the eastern market. Moreover, the ink tank category grew by 84 percent in the east specifically. Having collaborated with 950 retailers and over 100 plus distributors, across the region, Canon’s distribution stands strong in the market and we will continue to penetrate in tier III and tier IV markets by keeping Kolkata as the base market for East India.”

Plans also include, that Canon India is planning to strengthen its retail presence in the southern region for its Consumer System Products Division through reaching out to 5000 retailers pan India in tier II and tier III in the next two years. The company is also planning to introduce 19 PIXMA Zones in the southern region to familiarise consumers with the range of inkjet printers, cartridges and photo media according to their usage and needs.

Currently, the company is working with over 950 retail outlets in the East and 1300 in the South but now aims to expand the retail presence for the Inkjet printers and system integrators for laser printers. In 2018, Canon India launched six new Ink Tank models which redefined the inkjet business which had lower running cost and were high on ink. The cost per print is now as low as nine paisa per print with the launch of the new Ink Tank models. Canon India said it grew the highest in the Ink Tank category in 2018 and is targeting to consolidate its leadership position in the segment.

“The contribution of the region in the overall growth for 2018 stands at whopping 29 percent. Bangalore, Chennai and Cochin are the top cities that define Canon’s business. Having reached out to 3000 retailers, Canon’s distribution stands strong in the market and we will continue to penetrate in tier III and tier IV markets by keeping Bengaluru as the base market for South India,” Sukumaran added.

So far, the company has launched three zones in Delhi, Chennai and Ludhiana and Hyderabad.