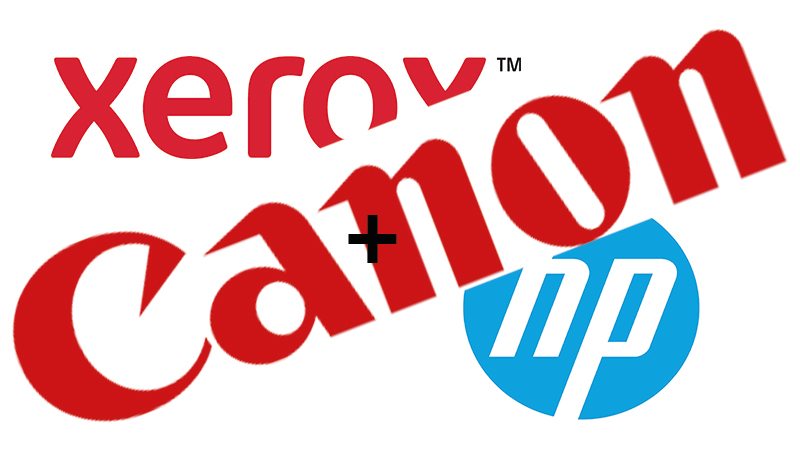 Canon drops a proverbial spanner in the Xerox – HP project?

In a new twist Canon has announced that it will end 35 years of cooperation with HP if the Xerox deal to acquire HP goes ahead.

CEO and Chairman Fujio Mitarai told Nikkei Asian Review that Canon would end the 35-year relationship with HP citing “a takeover [of HP] by Xerox would create a formidable rival to Canon’s own office equipment business.”

HP is a significant customer of Canon where sales of laser printers to HP account for around 14% of Canon sales but has been in a long battle to stave off a Xerox takeover bid.

But is the Canon announcement a spanner in the works, or a gift for the takeover? We spoke with David Connett, Partner at media and research company Connett & Unland GbR about the story. “My first reaction is it a bid by Canon to influence HP shareholders to block the takeover. Looking more deeply into the Canon position it could be a good move for Xerox and HP if the deal goes through.

“HP has been frustrated for some time with Canon’s slow approach to tackling the IP issues relating to new build consumables, to the point where new build products are the third player in the market and too well established to be defeated. The best Canon can hope for is to slow the rate of growth of the non-OEM consumables market.

“HP, on the other hand, has the whole Samsung printer portfolio and if acquired, could move on with Samsung technology as their base. That leaves Canon out in the cold with the potential loss of a significant customer and the consumables sector more open to reuse and new build options.

“Canon is right though that a combined Xero and HP would be a significant competitor to Canon. In the way the market appears to be moving, the Japanese big four of Ricoh, Konica Minolta, Fujifilm holdings and Canon need to start a conversation to explore how the four may become three or two. Don’t rule out another intervention from China now that Ninestar has acquired Lexmark.”

To put the possible Canon – HP tie-up in perspective, Canon sales to HP are about $5 billion annually. In contrast, a Xerox HP takeover would create a competitor with roughly double Canon’s annual sales.