Brexit could cause unsafe product influx 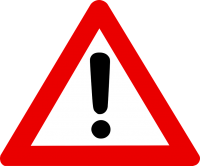 Consumer group Which? has warned that the British public may be at risk of unsafe goods if the UK gives up its place in the European safety system.

Without continued access to the European Safety Gate system, dangerous products including electrical goods, cars and toys could enter the UK, says Which?, which is called on the government to “urgently reform” its current safety enforcement system, The Guardian reports.

The European Safety Gate scheme, which involves 31 countries across the continent and allows them to alert each other to products with serious safety problems, saw a 34 percent rise in notifications compared to a decade ago, Which? says.

These include a children’s putty found to be toxic and potentially damaging to users’ reproductive systems, clothing with a risk of strangulation, explosive Honda airbags, a flammable children’s Stormtrooper outfit, and fire-risk HP laptop batteries.

In all, 2018 saw more than 2,000 non-food products flagged as dangerous, compared to 1,542 in 2008. Which? acknowledges that the rise may be partly explained by authorities’ better reporting compared to a decade ago, but stresses that the increase also “highlights the scale of unsafe products that must be tackled.”

“With more products than ever before being declared unsafe, it’s clear that an already failing consumer enforcement system needs a major shake-up to ensure that people aren’t left at risk from dangerous products in their homes” Caroline Normand, Which?’s Director of Advocacy said. “If it is to make people’s safety the number one priority, the government must secure access to the European alert and information sharing systems after Brexit, as well as introduce major domestic reforms to ensure consumers are properly protected from unsafe products.”

Potential actions upon discovering products are dangerous including warnings, recalls, or even seizures at the border.

Discussing the UK’s post-Brexit course of action, Martyn Allen, Technical Director at Electrical Safety First, said that “if no agreement between all contributing member states is found, the UK may be disconnected from Safety Gate.”

“For consumers, the best way to keep yourself protected from faulty products is to make sure you register any electrical goods you purchase with the manufacturer,” Allen added.