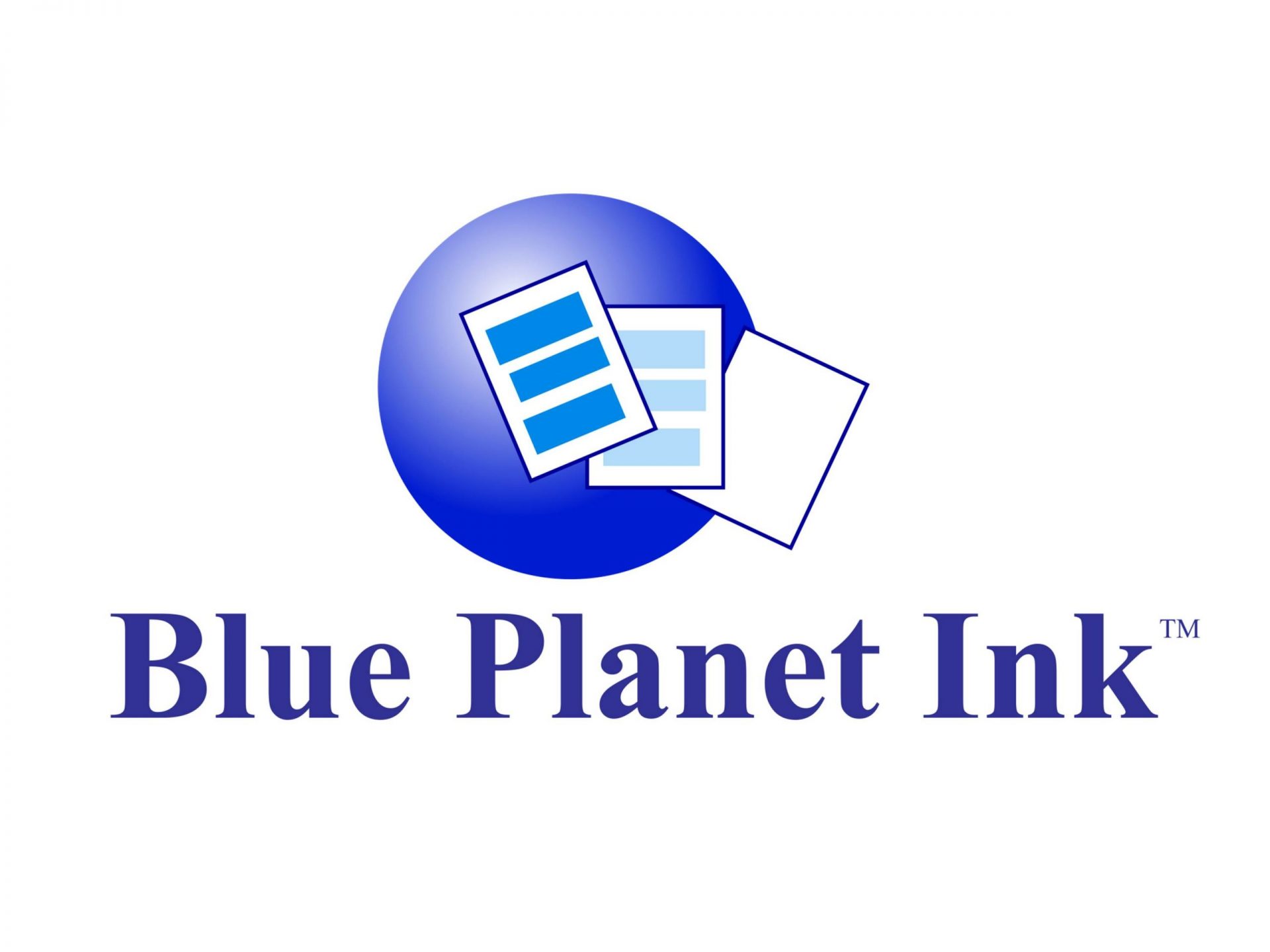 The company has announced that its self-erasing inkjet ink has been delivered to 21 countries around the globe.

“It’s exciting that people in so many countries care about reusing paper!” said Carl Yee, President of Blue Planet Ink. “Our first shipment to Austria is in transit right now, so the number of countries using self-erasing inkjet ink is about to reach 22.” 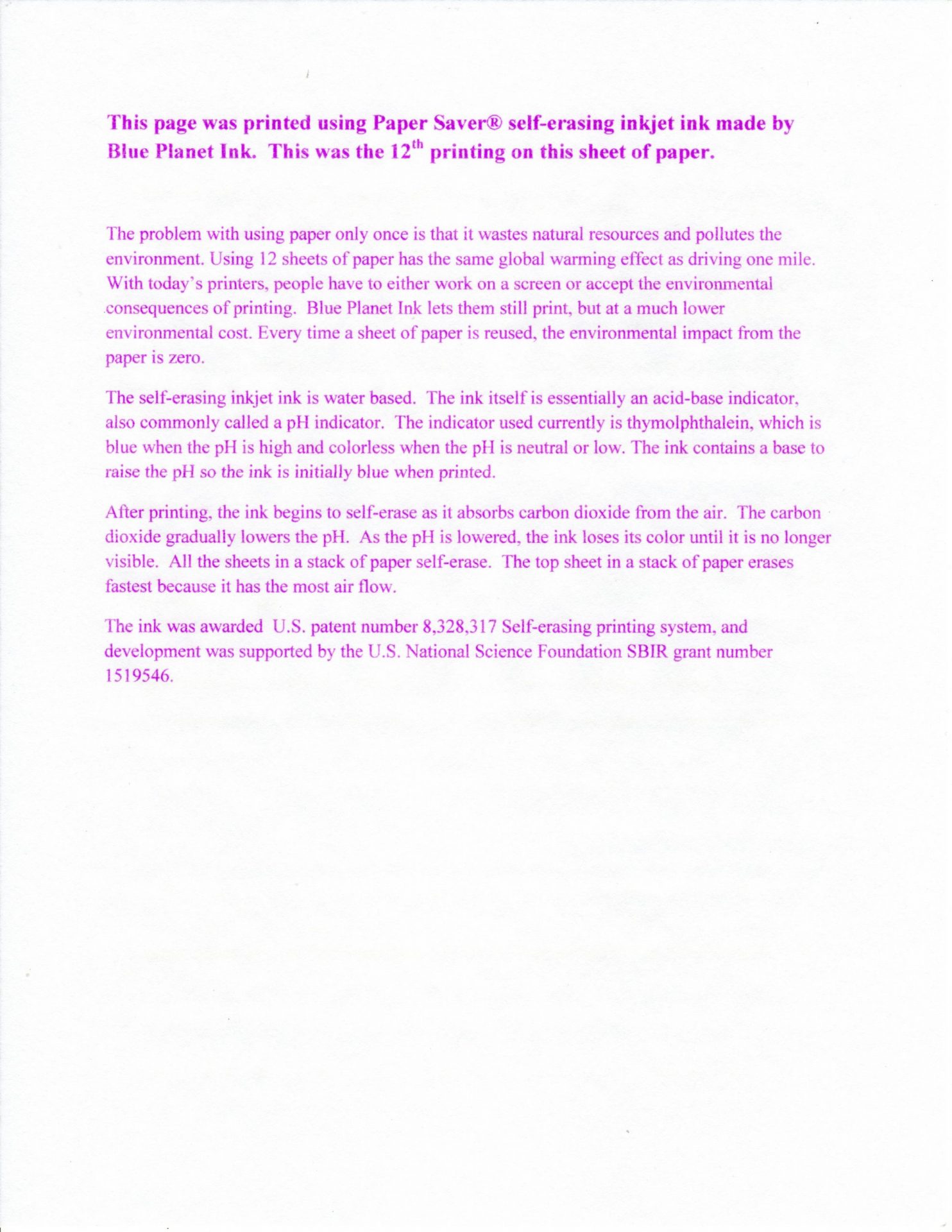 Scan of 12th print on same sheet of paper

Paper Saver ink, available in bottles or remanufactured cartridges, is a purple coloured ink that prints on normal paper. With exposure to air the ink absorbs carbon dioxide and water vapour and undergoes a chemical reaction which lowers its pH. As the pH drops the dye in the ink becomes colourless and the paper becomes blank again, like new. The same paper can be used for printing again and again.

According to life cycle analysis studies, most of the environmental impact from printing is from paper consumption rather than the manufacturing and use of printers, inks, and toners. Printed paper is not kept long. According to one study, 90% of office copies and printout are used for only a short while.