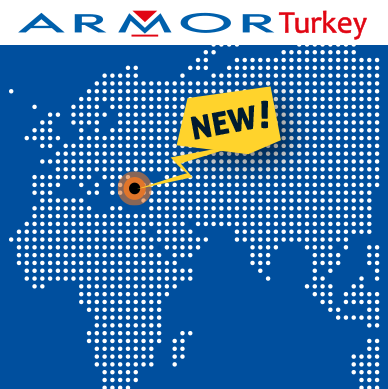 The remanufacturer has expanded its network of international subsidiaries with a new Turkish division based in Istanbul.

As the company explains, during its initial phase of international development, which took place in the early 2000’s, the company “sought to bring its expertise to each continent and to offer its global customers the support they require to gain new markets.”

Now the company has announced the unveiling of ARMOR Turkey, a new subsidiary based in Istanbul, which will be dedicated to the slitting and marketing of ARMOR thermal transfer ribbons. This new branch will enable ARMOR “to offer our customers a local support and the full range of products and services for this strategic market.”

Further international subsidiaries are in the works.