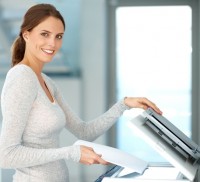 The OEM is encouraging its SMB channel partners to achieve more MPS deals through the introduction of a range of new initiatives.

As SearchITChannel reveals, Xerox is “pushing its partners in the SMB space to adopt a more mature model of managed print services” (MPS).

The OEM, which has enhanced its commitment to its channel partners, many of which operate in the SMB sector, feels that MPS is “underpenetrated” and in 2017 has introduced several new initiatives to encourages partners to “capture the MPS opportunity”.

These initiatives include the Xerox MPS Accreditation Program, which was rolled out in July.

Jim Joyce, the Vice President of MPS for Xerox’s American channels unit, explained that the SMB sector was “a huge market opportunity” and revealed that 54 percent of the US workforce is in the SMB space, but only approximately 20 percent is “penetrated by “true” MPS.”

“We have driven more than $30 billion in MPS revenue in our company over the last 10 years in [the large business] space. So … [looking] at the market in SMB, it is twice the size and [lightly] penetrated,” Joyce said.

However, a number of Xerox’s partners have yet to instate a “mature Xerox MPS business model” he explained, adding that partners should take a more “consultative” approach, rather than going down the transactional route.

He said that “progressive models” such as “cost per user” or “cost per seat” are welcomed by the SMB sector “because it allows them to better control and manage costs.”

Benchmark Business Solutions was one of the first partners to achieve Xerox’s Master Elite MPS status through the OEM’s accreditation program. “We are really proud of our staff for going through the curriculum required and qualifications needed to reach that status within Xerox,” said Jeff Horn, the company’s CEO and President.

He noted that Benchmark’s PrintSmart MPS entailed a “shift” from its former emphasis on the selling and servicing of equipment, but noted that the MPS service is “growing at about 15 percent year over year.”

“We have tried several different iterations of managed print over the years,” he said.

Horn cited security as being a point of concern for many customers, but said that “he is happy with the security features that Xerox has built into their products”, stating,

“The embedded security that they have within their devices today protects our clients [and] it protects us in being able to provide the best customer service out there.”

Zach McDonald, CEO of TUI, noted that Xerox products offer many layers to security. “To be able to offer that in with your solutions … is a big deal,” he said.

As well as offering initiatives such as the Xerox MPS accreditation program, Joyce noted that Xerox is moving many of its direct customers to partners. Xerox is the midst of “transferring tens of thousands of active customers to our partners,” he said. He “expects this process will continue over the next 12 to 18 months.”