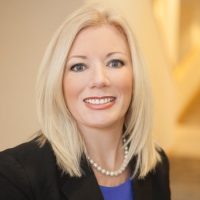 In an interview with eCN, the OEM’s Vice President of Global Channel Marketing & Enablement spoke about her background, and what advice she can dispense to women in the channel.

Belcher, who has worked in various roles in the private sector for nearly two decades, described her entry into the IT industry as “eye-opening”:

The interview aims to boost the profile of women working in the channel, to show why female representation matters, and to “shine a light on some amazing stories”, according to Lee.

“There is constant learning, and constant change – it never stays the same, it’s always evolving, and to me that’s attractive,” Belcher continued, explaining her decision to stay in the IT industry after her first initial contact.

Asked what advice she could give other women in the industry, Belcher suggested “that failure is OK. I think because as women, we are a minority group within the IT world, we want so much to prove that everything is good, and we can do everything correctly, and we’re setting ourselves up really. Failure is OK, and whether that’s making a step in your career where you think ‘oh boy, I don’t know if this is the best move’, or going down a different path, it’s ok to fail as long as you learn from the experience, and I think failure makes us stronger as leaders.”

She added that when interviewing, she asks candidates to discuss one of their recent examples of failing, and believes the process of acknowledging it and discussing it is helpful.

“Second,” Belcher continued, “is not to compare themselves with others. Because there are so few women in the IT space, we tend to compare ourselves with the women that are there, but again that’s setting us up for failure. I’d say, stop the comparison, and start networking – not just with women groups, but the industry in general.”

Whilst discussing the importance of networking amongst one’s colleagues, Belcher reveals what advice she would give to her own, more junior, self.

“One of the things I wish my younger self knew is how important relationships are. I thought to myself when I was twentyish, as long as I’m the hardest-working person in the room, and I keep fighting and pushing, I’ll always be able to land on top, and part of that’s true. But I didn’t realise how important relationships are, and at the end of the day, it’s not just about who we know, it’s who knows us, and what do they think about us.”

You can listen to the full interview with Amy Belcher, here.

Tags : Interviews Women in Business Women of the Channel Xerox