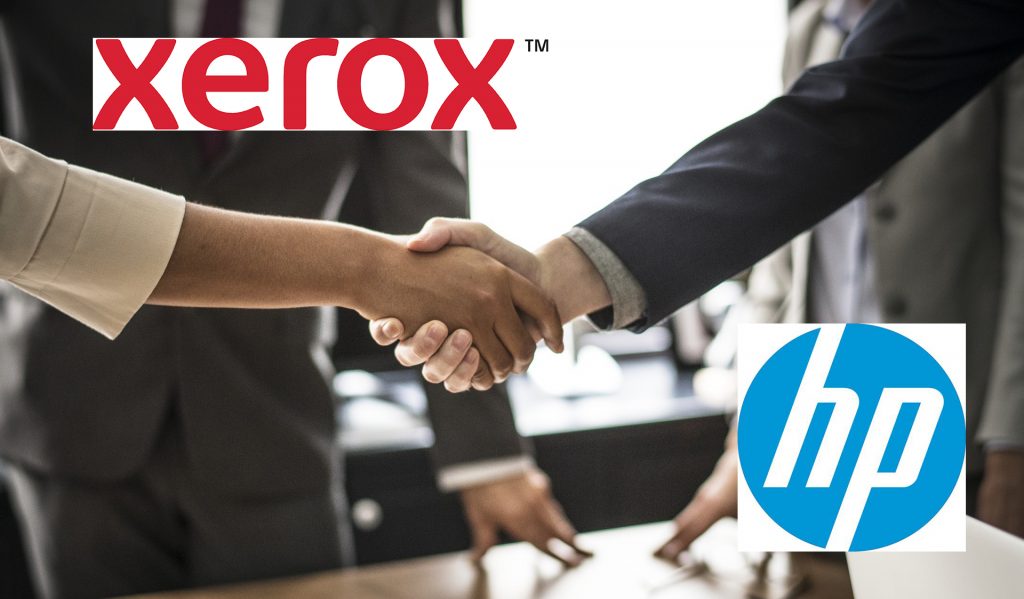 Just a day after announcing the Xerox Fujifilm settlement, Xerox considers a bid for HP that would leverage Xerox into the number 1 printer brand position.

Yesterday The Recycler reported that Xerox expects to receive a $2.3 billion (€2 billion) payout from exiting the Fuji Xerox partnership and ending the legal action leaving Xerox open to pursuing other mergers and acquisitions.

Industry rumours have been circulating that suggest a strengthening of the recent tie-up with HP and/or possibly a tie-up with another OEM.

Yesterday (Nov 5) The Wall Street Journal reported that the Xerox board is considering making a cash-and-stock offer for personal computer maker HP Inc at a premium to its market value of $27 billion (€24.4 billion).

Xerox has also received an informal funding commitment from a major bank, known as a “highly confident letter,” the newspaper said here.

The David and Goliath deal, if it goes ahead, would see Xerox take over the leading brand HP and makes sense as technology and the ongoing decline in print makes consolidation between companies like Xerox, HP, Canon, Ricoh and others a more given outcome for shareholders.

Xerox shares are up 84% so far this year after the company above target Q3 earnings and raised their outlook for 2019. Meanwhile, HP shares are down 10% this year and will report their Q3 results later this month.