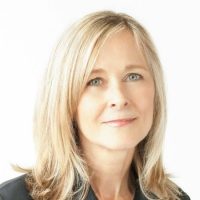 In a newly-published interview, Barbara Basney explains how the OEM ‘Set The Page Free’ and what lessons other companies can learn from its approach.

Speaking to Forbes, Basney, who was the company’s Vice President of Global Brand at the time of the interview, discussed how the company embraced the challenge of continually refreshing its public image, and, as Forbes put it, “updating perceptions that have been building since Chester Carlson invented xerography in 1947.”

One of the keys to this was the OEM’s ‘Set The Page Free’ initiative, which involved a smattering of top writers and musicians, who helped Xerox create “the story of the modern workplace” through live events, podcasts, videos and other online content.

Forbes discussed with Basney, who has since left the company, what lessons could be gleaned from such boldness, with the first recommendation being to change something big if you are seeking to change perceptions. Using the example of ‘Set The Page Free’, Basney stated that Xerox successfully addressed what she terms “a big cultural shift”.

“The cultural issue is how work is changing,” Basney explained. “We’re really happy that we sit at the intersection of physical and digital. We’re doing different things that make it easier to work the way we want to work today. Because we wanted to showcase how we’re changing the way people work, we didn’t want people sitting in an office. The artists have a natural stickiness and interest, but also showcase how Xerox software, apps, and solutions are impacting how they’re working.”

Another lesson learnt, Forbes claimed, was to identify and focus on brand strengths that will make change possible, arguing that Xerox’s initiative both recalled and modernised the OEM’s “heritage of innovation”; furthermore, the interview recommended aiming for “big and bold”, suggesting  “your marketing should be as innovative as your technology.”

“I won’t underestimate the amount of selling that you have to do,” reflected Basney, who discussed how herself and former CMO Toni Clayton-Hine “did a lot of selling, explaining, and educating. We helped people understand this was a great programme, how it benefitted us […] You’ve got to have the wherewithal for that.”

Other suggestions that arose from Forbes’ interview with Basney include finding other to help you drive your vision, with Basney citing Manhatten-based non-profit company 92nd Street Y, which has prior form for programmes supporting arts and culture, and which was instrumental in helping Xerox bring creatives such as bestselling author Lee Child on board for ‘Set The Page Free’.

“If I called Lee Child from Xerox, I would still be waiting for him to return my phone call,” Basney argued. “But the artists were willing to participate in the programme …to write a chapter or provide the artwork for the cover, to let us interview them on camera, do a podcast, take pictures of their work environment. They agreed to all of that because we made a donation to the 92nd Street Y.”

The final lesson cited was finding a way to link everything back to your business, with Basney telling Forbes that the ‘Set The Page Free’ programme “had to be grounded in Xerox’s efforts to change brand perceptions and drive revenue.”

“We’re trying to change the perception of the brand to be more modern, more relevant, more progressive,” said Basney. “I also wanted our business decision maker audience to be more interested in doing business with us in the future; and be more receptive to a proposal from us. We drove double digit increases against all of those measures.”

The full interview can be read here.