Xerox sets aside $100 million for acquisitions 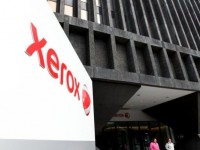 The OEM is aiming to make further acquisitions this year from the outsourcing sector, before its split.

Near Shore Americas reported on the OEM’s plans to “set aside” $100 million (€89 million) for acquisitions in the outsourcing sector in 2016, with outgoing CEO of Xerox Ursula Burns stating that “acquiring new companies and increasing revenue will be the way forward”. The plan for the acquisitions is “smaller firms” in outsourcing, and will come despite the OEM’s plan to split into two companies before the end of the year.

Xerox is planning the split into Conduent and Xerox – for business process optimisation and hardware respectively – and had been in talks to acquire financial printing firm RR Donnelley, but rejected the merger because RR Donnelley proposed “that its executives take control of the combined operations, and sought several hundred million dollars in new cost cuts”.

Burns stated in a conference call to investors that “we have still $100 million in our plan for M&A–fairly modest plans for 2016”, adding that it had already spent $18 million (€16 million) on acquisitions in 2016, but refusing to “reveal the name of the company Xerox acquired in the past seven months”. She added that the acquisition “is a business that has to acquire to fill out capabilities and to grow revenue, and that will continue to be the case as we move into the Conduent business”.

The Recycler recently reported that the OEM’s earnings and costs were better than analyst expectations, ahead of its split, with the costs of splitting the company into Conduent and Xerox would be “lower than previous estimates”. The second quarter results were said to have “beat[en] analysts’ estimates”, with costs falling by six percent to $4.24 billion (€3.79 billion), and revenue falling 4.4 percent to $4.4 billion (€3.9 billion).

The more positive results allowed shares to rise as much as 3.9 percent, which is “their highest since July [20]12”, while the OEM added that it is “on track with efforts” to split before the end of the year. The cost of the separation will be around $175 million (€156 million) to $200 million (€179 million) before taxes, lower than the original estimate of $200 million, and Reuters added that the “cost cuts [are] begin[ning] to pay off” for Xerox.

Restructuring and related costs in turn were around $71 million (€63 million) in the quarter, far less than the $100 million (€89 million) estimated earlier this year, while revenue had fallen for the “sixth straight quarter as corporate customers reduce printing to reduce expenses and consumers shift to mobile devices”. The document technology business, including printers and copiers, fell by nearly seven percent in revenue, but this was less than the 10 to 13 percent in the last four quarters.