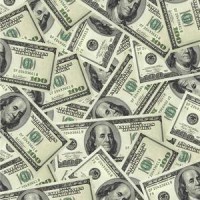 The corporation has unveiled its third quarter earnings for 2017, revealing a sequential improvement in revenue decline.

Xerox announced its third-quarter 2017 financial results. These are the highlights from their report:

“We posted another solid quarter of earnings, margins, and cash flow in line with our expectations, supported by our on-going Strategic Transformation initiatives,” said Jeff Jacobson, Xerox’s chief executive officer. “Revenue decline improved sequentially which we expect to carry through the rest of the year.” Jacobson added, “All 29 of our new ConnectKey- enabled office products are now available and shipping to large and small customers around the globe; momentum is building, as expected, entering the last quarter of the year.”

Revenues “were $2.5 billion (€2.15 billion) in the quarter, which is down by 5.0 percent or 5.9 percent in constant currency. Post-sale revenue was 79 percent of total revenue.” Xerox’s third-quarter adjusted operating margin was 12.2 percent, which is down 0.4 points year-over-year.

The company returned $68 million (€58 million) in dividends to shareholders.”

The company expects to end the year with more than $1.0 billion (€860 million) of cash on its balance sheet.”