Xerox reveals changes to its Board of Directors 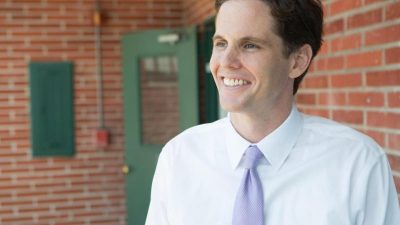 This week the OEM announced changes to its Board, as Icahn Capital LP’s former MD resigns and the Icahn Group offers new director nominations for 2018.

Xerox Corporation broke the news this week that Jonathan Christodoro, former Managing Director of Icahn Capital LP, has resigned from the company’s Board of Directors in order to allow Carl Icahn and his affiliated funds (the “Icahn Group”) to submit nominations for the election of director candidates at the 2018 Annual Meeting of Shareholders.

In connection with Christodoro’s resignation, the standstill arrangement between the company and the Icahn Group entered into on June 27, 2016 was terminated, and Xerox received notice from the Icahn Group of its nomination of four director candidates to stand for election at the company’s 2018 Annual Meeting.

The OEM issued the following statement:

“Since our December 2016 separation of Conduent Inc., we have delivered on our commitments to shareholders and are ahead of plan relative to our well-defined Strategic Transformation. In 2017 alone, we expect to meet or exceed our target of $600 million of gross cost savings, a critical step as we continue our journey to improving our revenue trajectory. Xerox has just introduced the largest product launch in the company’s history, which should further enhance the company’s revenue trajectory. Xerox today reaffirmed its full year guidance for adjusted operating margin, earnings per share, cash flow and revenue provided on October 26, 2017 in connection with the company’s third quarter 2017 financial results.

Shareholders have recognized our strong progress: Xerox’s share price has increased almost 30 percent year-to-date, well in excess of the S&P 500. We look forward to continuing to deliver value for our shareholders in the quarters and years ahead.

The Board and management team are focused on enhancing shareholder value and will continue to take the necessary actions to achieve this objective.”

Xerox shareholders are not required to take any action at this time. The Corporate Governance Committee of the Xerox Board of Directors will carefully review and consider the Icahn Group’s director candidates and make a formal recommendation regarding director nominees in the company’s definitive proxy statement and other materials to be filed with the Securities and Exchange Commission and mailed to all shareholders eligible to vote at the 2018 Annual Meeting. The 2018 Annual Meeting has not yet been scheduled.