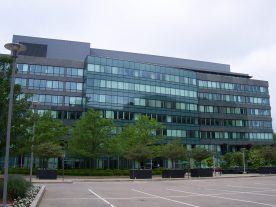 Following the approval of its Board of Directors on 6 March 2019, Xerox has filed a Form 8-K for Reorganisation with the United States Securities and Exchange Commission.

As the form, viewed by The Recycler, reveals, on 6 March 2019 Xerox’s Board of Directors approved a reorganisation of the company’s corporate structure into a holding company structure; as a result, Xerox will become a direct, wholly-owned subsidiary of a new holding company.

The Reorganisation is subject to shareholder approval, regulatory approval and other customary conditions and is expected to be implemented in mid-2019, though there can be no assurance as to its completion or timing.

Additional details and information regarding the Reorganisation will be included in a joint proxy statement/prospectus relating to Registrant’s 2019 annual meeting of shareholders, which will be mailed to shareholders when available.”