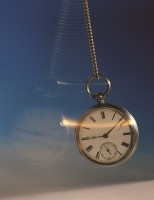 Gap Intelligence reports that the two companies have “quietly developed” the program, which will allow customers to pay up-front for their toner based on their expected monthly print volume.

The “Never Out Toner Savings Plan” involves a monitoring system being connected to a customer’s printer which notices when toner is low and schedules delivery of new toner automatically to their address. Although mainly working through Staples.com, the program is gradually being run at selected Staples stores as well.

While the program sounds similar to MPS, it has been emphasised that it is not as “there is no service included or any sort of printer fleet management”, although the program is designed to reduce costs and increase convenience for customers.

For example, customers purchase credits rather than toner, allowing them to print full pages without worrying about wasting toner, and can estimate printing costs more effectively, with Xerox claiming that they can save “up to 40 percent” with the plan, although this depends on the type of toner used.

It is expected that Xerox will benefit from the program as it will allow the OEM to offer some of its basic MPS features to SOHO and microbusinesses that do business with office supply chains. Meanwhile, Staples is thought to benefit as “Never Out” customers must be a member of the company’s customer loyalty program, Staples Rewards, with speculation that the retailer may also have a role in the sale of Xerox’s hardware and consumables.

The article goes on to suggest that, although only a “small test program” for Xerox and Staples, programs such as these may become increasingly common when targeting SMBs, which may have a detrimental effect on retail stores that risk “becoming a showroom of products that are purchased elsewhere”.