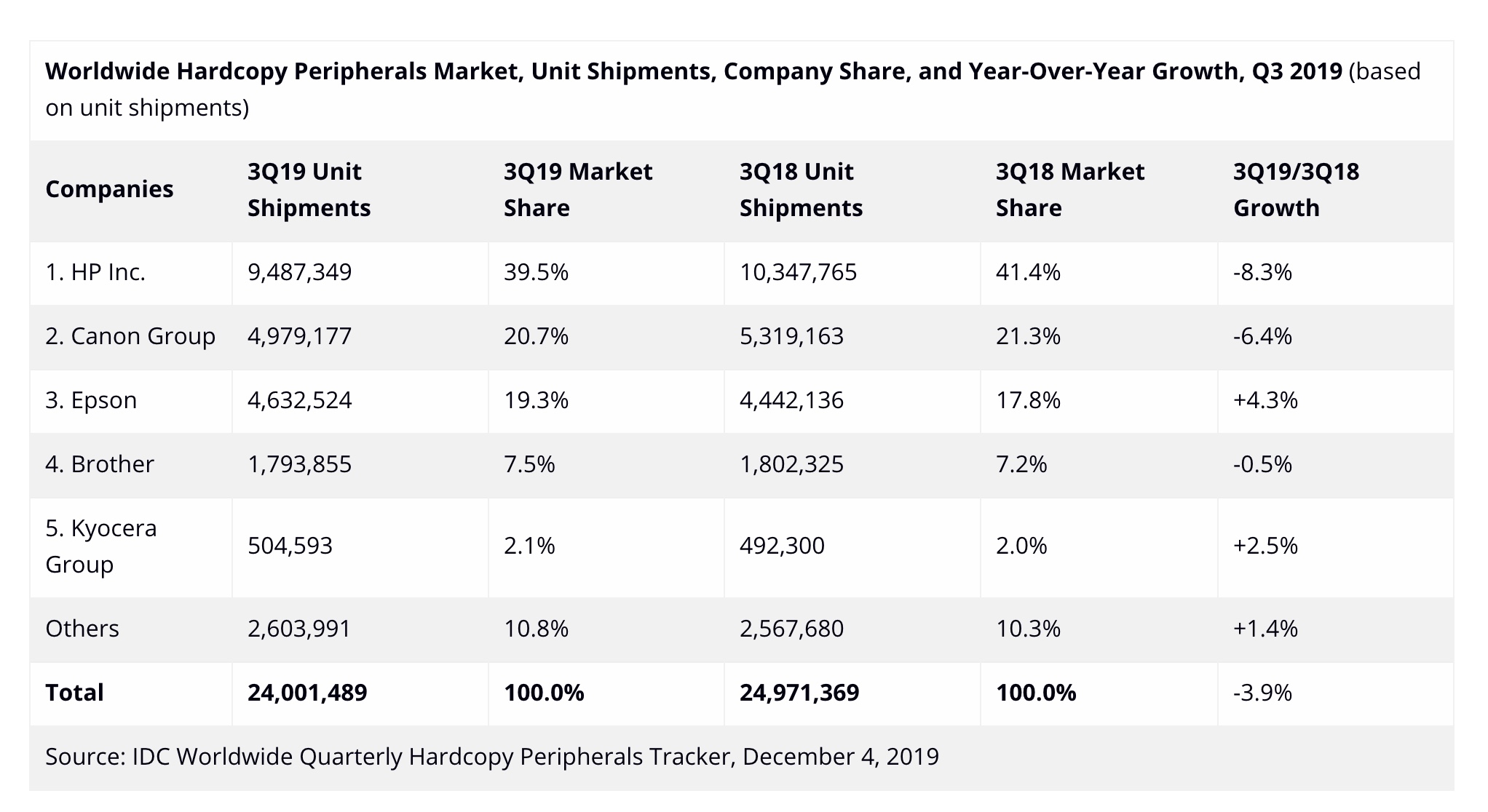 Notable highlights from the quarter include that Japan recorded year-on-year growth for the second consecutive quarter with shipments up 6.1% to more than 1.5 million units. The growth was propelled by positive performances in both the inkjet and laser segments, which grew 5.7% and 7.7% respectively.

The A3 colour laser market posted 5.7% year-on-year growth with approximately 653,000 units shipped worldwide in 3Q19. Contributing to the growth was a 7.2% year-over-year increase in A3 colour laser MFP shipments.

Epson outperformed all other companies in the top five in terms of shipment growth. The vendor delivered a year-on-year increase of 4.3% with worldwide shipments of more than 4.6 million units in the quarter. 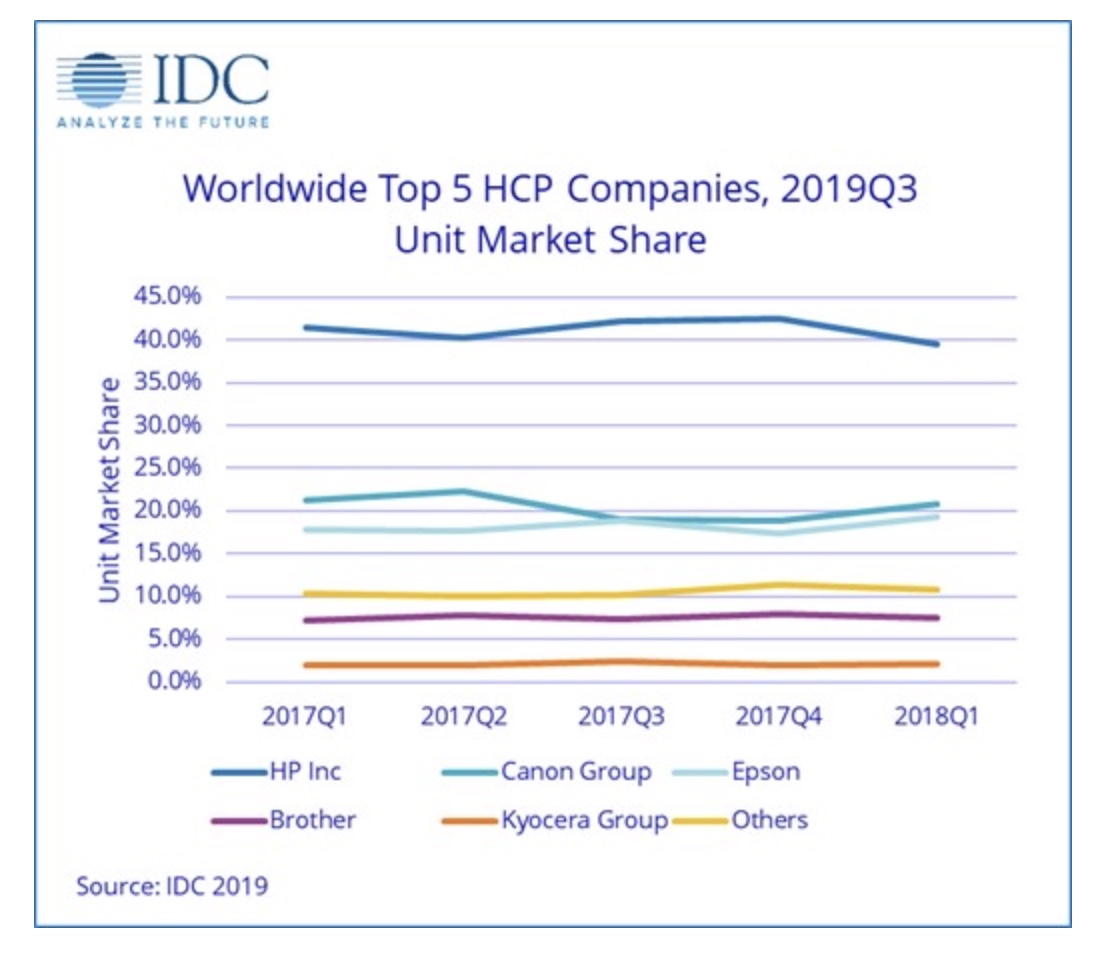