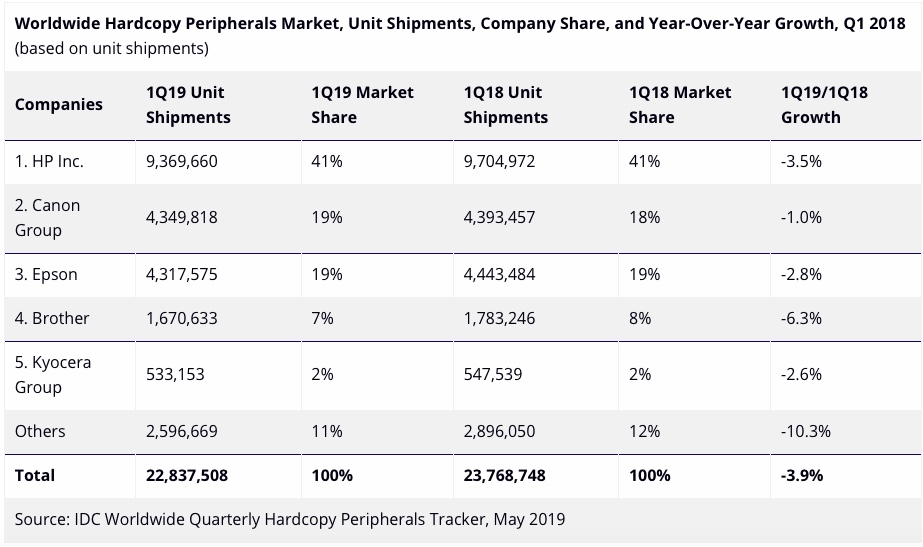 Worldwide shipments seem to be in line with the recently reported decline in the Western Europe hardcopy peripherals (HCP) market and shows a decline of 3.9 percent year-on-year according to IDC.

The brightest spot for the quarter was the year-on-year expansion of colour inkjet multifunction printers in the 11-20 ppm range, which grew 4.7 percent to more than 6.2 million units shipped.

Notable highlights from the first quarter include that ink tank devices continued their positive momentum recording a 23.4 percent year-on-year gain in unit shipments in the first quarter of 2019. Asia/Pacific (excluding Japan) and Latin America were the top two regions for ink tank shipments with 1.7 and 1.0 million units shipped in the quarter, respectively. 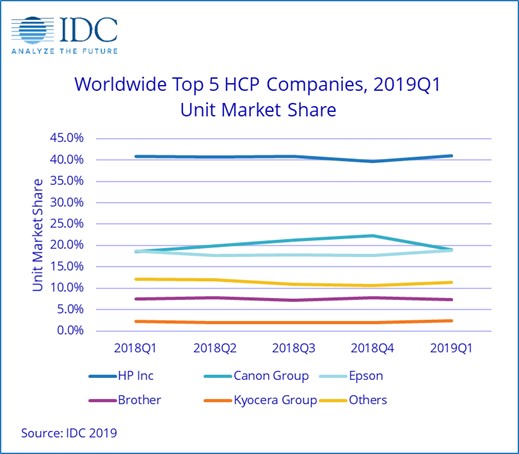 A3 colour laser MFPs continued on a positive trajectory with a year-on-year gain of 1.0 percent to nearly 600,000 units shipped.

Epson regained the top inkjet position from Canon in Asia/Pacific (excluding Japan) albeit at a marginal share advantage of 0.7 percent, according to IDC. Epson grew by about 210,000 units year over year due to the improved sales of its new generation of more compact ink tank printers, which were largely responsible for the growth of the ASEAN market and the biggest winner in China as the only one with a market share gain this quarter.