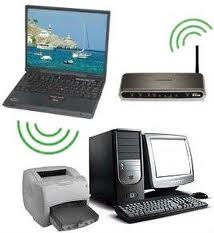 The market for the technology is growing to such an extent that forecasts show huge profits by 2025.

It is expected that the wireless Bluetooth printer market will generate huge profits in the coming years, a new report by PMR has found. The technology is starting to become more common in homes and offices, with larger businesses beginning to adopt it also, due to the flexibility provided in terms of where users put their printer, no longer requiring an access point.

Increased use in office infrastructure and educational institutions are leading to the rapid proliferation of wireless Bluetooth printers, and is driving the growth of the market, as is the rising digitalisation of various worldwide industries. This is in addition to increasing flexibility and responsiveness provided by the printers.

Across the world, the market has risen sharply over the last two years. Currently, the largest market share is in the APEC (North American and Asia Pacific) region, due to the technology’s adoption in various offices, but the fastest growing region for the market is in Europe, whilst economic progress and increasing digitalisation is driving the market in MEA (Middle East and Africa).

However, the market faces various challenges, despite the positive outlook: Currency exchange rates and economic difficulties across the world, combined with global financial uncertainty, are hindering the market’s growth, whilst increasing adaptation of technology such as ePaper are also a threat.