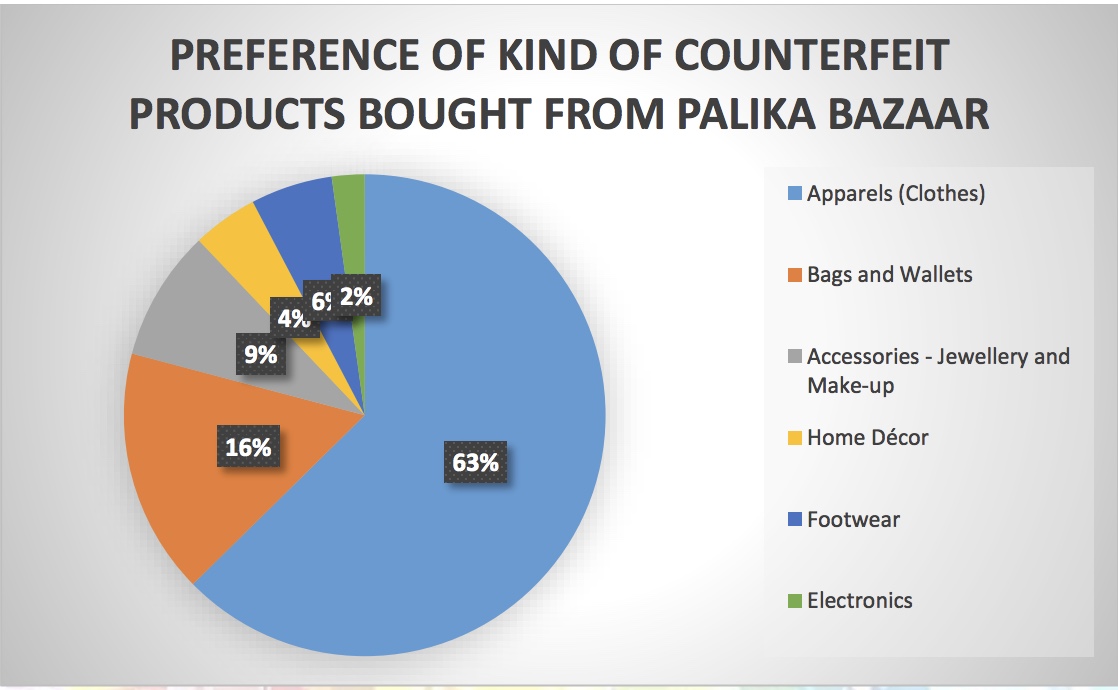 The released study investigates the factors shaping consumer behaviour while purchasing counterfeits of luxury brands (within apparel and bags) across identified markets of Delhi (India). The fieldwork undertaken during the study involved a sample of 100 primary interviews conducted, featuring both male and female participants who purchase counterfeit apparels from Palika Bazaar and counterfeit bags from Karol Bagh.

The Centre for New Economics Studies at O.P. Jindal University survey examined the role of different factors- economic and hedonic, social and psychological that influence consumer purchase behaviour in the case of luxury fashion counterfeits.

In an article from Fortune India analysing the survey published by The Centre for New Economics Studies at O.P. Jindal University, it is highlighted that “Across Palika Bazaar, one can find counterfeits of almost every famous brand. From Lacoste, Armani, Michael Kors, Guess, and Gucci to any other contemporary luxury brand, there is a replica to be found. Consumers drive a hard bargain, exhibiting both individual and collective bargaining skills, in purchasing these counterfeits in bulk.”

It continues: “In fact, as observed, most respondents mentioned how the practice of bargaining makes the whole process of purchasing from Palika Bazaar (and other markets) most enjoyable.”

Other factors influencing purchasing decisions were identified as social motivation as well as psychological factors like the transient nature of fashion trends.

As the report describes, “the researchers interviewed 60 consumers and received some really intriguing responses. There were consumers from various age groups and various work profiles. There was no particular group that was pursued into interviews. The researchers wanted the group of interviewees to be inclusive so that no bias seeps in the results.”

The article from Fortune India describes the results as: “Out of the 63 percent of consumers who preferred to shop for apparel in the market, 92 percent of them under the age group of 15-30 years said that they would buy a mix of branded and counterfeit apparel. When these consumers were asked about their preference for counterfeit products over original branded products, 43 percent said that they preferred counterfeits if they were running on a low budget.”

The Centre for New Economics Studies at O.P. Jindal University survey concluded: “The results from the study thus, indicate an intertwined connection between various economic, social and psychological factors that play a major role in affecting consumer behaviour towards the purchase of counterfeits in Delhi. Since the study was only limited to markets of Delhi, we believe that the nature of such research can be expanded to other metropolitan cities (seen as hubs for counterfeits) across other States to know the pattern of consumer behaviour while buying counterfeits there and see if they are any different from the consumer behaviour identified by the researchers in the two markets of Delhi. The basket of products identified for research can further be expanded too, including other counterfeited products. We also believe this research work is crucial, as observed findings from the research can be used to identify and address larger concerns in India’s consumer market where counterfeiting poses a grave threat in the India’s rapidly expanding retail landscape.”