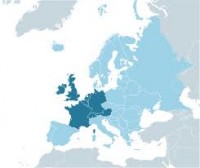 Analysis from IDC found that the region fell 7.7 percent in unit terms in the first quarter.

The analysts reported that the decline also saw “negative performances in both the inkjet and laser segments”, with around five million units and a decline of 422,000 on the previous year. The decline is said to be “largely due to the contraction in consumer printing”, though IDC added that it was “relatively in line with forecasts”, with revenues falling 2.5 percent in general alongside a “slight” 0.8 percent fall in laser and 12.4 percent fall in inkjet.

In more detail, the laser sector saw a decrease in 1Q2016 “following the negative trend seen in the previous three quarters”, though IDC pointed out that “the laser revenue decrease is much lower than the volume, indicating that prices in many markets are holding”. Business inkjet “rebounded […] after a blip in the last quarter”, with growth of 6.4 percent, while MFPs saw the “highest growth rate” of 9.2 percent, though printers saw a 16.8 decrease.

The analysts did however point out that business inkjet MFPs “accounted for well over 90 percent of business inkjet shipments in the quarter”, while overall, MFPs across inkjet and laser accounted for 79.7 percent of all first-quarter shipments, “lower than in the past three quarters”. Laser MFPs grew 1.5 percent as inkjet MFPs fell 8.5 percent, though “shipments were generally in line with IDC forecasts”.

IDC commented that “growth in the business market, comprising laser and business inkjet devices, slowed, but the value only slipped by 1.2 percent”, adding that “the highest value growth was in 45ppm+ colour devices, a positive trend that has been seen for more than a year now”. It also pointed out that “few segments saw any significant growth, with A3 and A4 colour MFP devices showing the only real laser growth increase”.

In terms of colour, most growth came from A4 MFPs, and only colour MFPs saw a “double-digit increase” in the quarter. Germany followed “the overall Western European negative trend” with a decline of 5.8 percent, though business inkjet “was stronger” than the average, growing by 7.4 percent compared to the 6.4 percent average”. Colour laser increased 1.1 percent, while mono laser fell 18.9 percent, and inkjet also fell 0.7 percent in total, with a 3.3 percent consumer inkjet decline.

Finally, the UK “recorded a very poor performance”, with an 11.4 decline “even worse” than the average. Business inkjet only grew 2.6 percent, while laser and inkjet fell despite a growth in A3 laser MFPs.

Delphine Carnet, Senior Research Analyst for IDC’s Western European Imaging, Hardware Devices, and Document Solutions Group, commented: “After witnessing the first blip in more than two years in the business inkjet market last quarter, we are happy to report that we see a positive trend this quarter in Western Europe.

“A4 is responsible for most of the growth, but A3 devices are increasing as well. We also see an increase in shipments in higher-speed segments, as businesses seem to be taking advantage of the newest technologies and upgrades in business inkjet technology.”