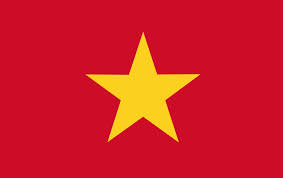 According to IDC, Vietnam saw a growth in its printer and MFP sales of 32.2 percent in the fourth quarter of 2012 compared to the previous quarter, with a quarter-on-quarter increase of laser technology shipments of 45 percent attributed as the main cause for growth; as well as increased purchasing power from various government administrative units, banking sector and the procurement of various industries at the end of the year.

In total, laser accounted for 77 percent of the market in Vietnam, while inkjet products grew only two percent quarter-on-quarter to reach 23 percent of the market. Shipments of laser MFPs increased by 43 percent, potentially due to a dramatic reduction in price, with many vendors offering promotions to attract potential users. Laser printers have also continued to be popular with the government sector due to their ease of use and easy replacement. Furthermore, a series of new printer models meant that some peripherals vendors not previously involved in the printer market began to get involved.

Despite the second half of the year being profitable in terms of shipment increase, the total shipment for 2012 dropped by 7.8 percent compared with the previous year due to a sharp decline in the first half of 2012 following economic setbacks in the country.

Office equipment is predicted to have much potential during 2013 and 2014 in Vietnam despite the poor economy, with IDC predicting a growth in the printer and MFP market of 14.9 percent during 2013, in which laser shipments will increase by 17.7 percent and inkjet will increase by seven percent “due to long-term promotional activities from various vendors”.

The next two years are seen as particularly important for businesses in the country to invest in human resources and facilities to help sustainable development, as in 2015 Vietnam will have to follow WTO regulations to reduce import tax on most imported goods to between zero and five percent.

In addition, with more government policies supporting SMEs, Tu Dang, Market Analyst for Imaging, Printing and Document Solutions at IDC Vietnam, said: “the competition will get even more intense, vendors are under pressure to adjust their strategies appropriately to keep their customers, seeking potential customers in order to sustain their growth expectations in this difficult year.”