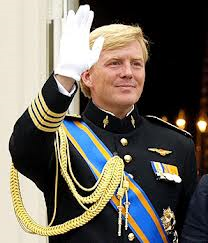 Dutch empties broker announces it will have limited availability for international customers on Tuesday 30 April to participate in a national holiday.

Many businesses in The Netherlands, including Van Klaveren CCC, will be closed today as the country marks the abdication of Queen Beatrix and Prince Willem-Alexander’s subsequent accession to the throne as King of The Netherlands.

The Prince of Orange’s wife, Princess Maxima, will become Queen consort, and their eldest daughter, nine-year old Princess Amelia, will then become the heir apparent.

Lennart Zernitz, Commercial Director at Van Klaveren CCC, said: “We will have a national holiday on April, 30th 2013. In The Netherlands we have one day off and celebrate the fact that Willem-Alexander is inaugurated.”