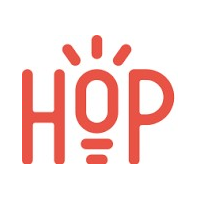 The French based Halt Obsolescence Programme (HOP) is the latest organisation to speak out about the European Voluntary Agreement (VA), who say that the agreement is not in line with the European circular economy action plan.

The original VA, signed in 2011 between OEMs via EuroVAprint, non-profit association grouping of major manufacturers of imaging equipment that operate in Europe and DG Energy was focused on achieving energy reductions in printing equipment.

The remit of the latest VA required it to be “ambitious” and included the reuse of consumables. The latest version was submitted to the EU in April. The Recycler understands there is growing opposition from both EU member states and among Brussels NGO’s and more widely in the imaging industry.

HOP explained that with annual sales of some 70 million ink cartridges in France alone and remanufacturing rates in Europe of just around 15% , printer consumables are a major source of waste in the European Union (EU). HOP said that they alone represent 150,000 tonnes of electronic waste, of which 68,000 tonnes are either incinerated or buried, adding that this is due in large part to the widespread use of chips and firmware updates, or other techniques for which HOP filed a complaint against Epson in 2017. “A complaint for which we are still awaiting a response from the Public Prosecutor,” HOP commented.

HOP believes that the voluntary agreement proposed by the printer manufacturers does not solve these problems. “Indeed, it does not introduce any significant incentive to reuse and recondition cartridges. However, there is no technical constraint, preventing the large-scale repackaging and refilling of used cartridges. Apart from the economic models of printer manufacturers which are essentially based on the sale of their own cartridges. In addition, it proposes to operate by means of confidential bilateral agreements with a very limited number of repackaging players (section 9.5 & Annex D-2). A measure that seems to be in contradiction with EU competition rules and the Ecodesign Directive,” the organisation explained.

To read the full comments and concerns from HOP click here.

HOP finished by saying: “In conclusion, this voluntary agreement shows a flagrant lack of ambition regarding the objectives of the action plan for the circular economy. HOP urges the European Commission to take note of this proposal. As well as to regulate the sector as it had undertaken in the event of such an eventuality.”