US tariffs take a toll on the yuan 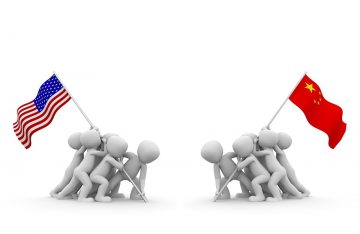 A former advisor to the People’s Bank of China has been warning that China’s trade war with the US could result in “capital outflows and currency depreciation”, as the South China Morning Post reports.

Yu Yongding, who is also a senior researcher with the Chinese Academy of Social Sciences, has said that the Chinese financial markets have been faced with “some disturbing factors”, among them “peer-to-peer lending defaults or concerns about a property bubble and an economic slowdown in the second half of the year.”

Speaking at a financial forum in Heilongjiang, Yongding went on to say that China’s current trade war with the US “will have a negative impact on China’s economy and market sentiment, as will the impact of interest rate increases in the US and the financial crisis in emerging markets”.

Yongding also noted the possible risks which could result from the plummeting Turkish lira, which fell by 16 per cent against the dollar last Friday, “weakening the euro and the rouble.”

“There have been discussions among investment bankers whether there would be a repeat of the Asian Financial Crisis. The so-called herd effect [like that] in the [1997] Asian financial crisis may affect China,” he said.

“I think maybe we should be prepared for a new round of capital outflow and yuan deprecation. This may not happen, but we should prevent the problems before they happen,” he continued.

Three years ago, the central bank made the decision to “allow freer fluctuation of the yuan against the US dollar and other currencies”, opting for a depreciation of 2 percent over three consecutive days. However, continuous capital outflows were the outcome, thanks to “insufficient communications”.

Now, the bank has revealed that “China would not use currency devaluation as a defensive weapon to counter the turmoil of the US trade war”, warning that it could impact exports as well as, potentially, “market sentiment”.

The bank also stated that the yuan had depreciated 5 percent against the dollar in the second quarter, prompting its decision to “raise the costs of foreign exchange speculation to prevent the yuan’s further sliding.”

Yongding has expressed the opinion that “the People’s Bank should improve its communications with the market to appease market sentiment but continue to refrain from regular market intervention.”