US bankruptcy numbers fall by 14 percent 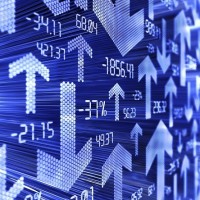 Number of bankrupt companies and consumers in US falls to pre-2008 figures.

Business website 4-traders reports that the number of businesses and consumers filing for bankruptcy decreased by 14 percent to 632,130 in Q1 2012, according to findings by bankruptcy management firm Epiq Systems Inc.

While the number of consumers seeking court protection from creditors fell by 13 percent to 601,184, the number of newly bankrupt businesses declined even more by 22 percent, with only 30,946 companies filing for bankruptcy.

Samuel Gerdano, Executive Director of the American Bankruptcy Institute stated that the decline in low interest rates may be a reason for the fall in bankruptcy figures, and commented that “We are on pace for perhaps the lowest total new bankruptcies since before the financial crisis in 2008”.

The news comes despite the bankruptcy of several major companies, including Kodak which filed for bankruptcy in January.