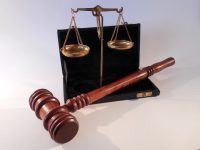 Following on from the recent report on the ruling of an Atlanta judge GPI responded with a statement made to The Recycler.

Earlier this month, The Recycler reported on the ruling of an Atlanta judge following a motion filed by GPI for Judgement as a Matter of Law (JMOL), New Trial and Remittitur in the US District Court for the Northern Division of Georgia, Atlanta Division.

In the ruling, the judge denied this initial motion filed by GPI, upholding both the original judgement and the total damages awarded.

However, GPI confirmed to The Recycler in a statement that this is not the end for the appeal against the original judgement the courts handed out in June.

“However, pointing these errors out to the Georgia court and allowing it the opportunity to remedy its error is simply a required preliminary step in GPI’s appeal of these issues to the U.S. Court of Appeals for the Federal Circuit, which GPI is confident will ultimately confirm these errors and overturn the improper verdict of the Georgia court.”