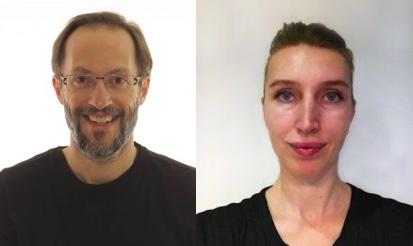 Fabio Ghirardello has been appointed as Business Development Manager for Spain, Italy, Portugal and Greece territories.

Mr. Ghirardello has been with UniNet for more than 8 years, and prior to his appointment, he was leading the sales efforts for the Italian region. In his new role, he will be in charge of all sales initiatives, developing and executing new business opportunities, as well as creating customised solutions to existing clients and new prospects.

Fabio Ghirardello has a proven record of facilitating long term business relationships with our client base. His “strong winning attitude and personality” are described by the company as assets that will “complement, and enhance UniNet’s ability” to meet the needs of its customers.

Iryna Volovic has been also appointed as the new Business Development Manager for the territories of France, Germany, and Eastern Europe.

Ms. Volovic has been with the company for over 6 years as a sales professional for the Eastern European region. In her expanded position, Iryna Volovic will have a strategic role in accelerating growth, as well as developing and executing business opportunities to meet and exceed customer product needs, as well as to fine tune the customer experience for existing clients and prospects.

A highly accomplished, and talented sales professional, UniNet explains that Iryna possesses a dynamic personality, and has proven outstanding leadership abilities, as well as an enviable track record of successfully implementing large scale sales initiatives for the company.

“As UniNet prepares for the next chapter in our growth, Fabio Ghirardello and Iryna Volovic contribution will prove to be an exceptional and valuable asset for our European team and our existing and future European customers,” said Nestor Saporiti, CEO at Uninet