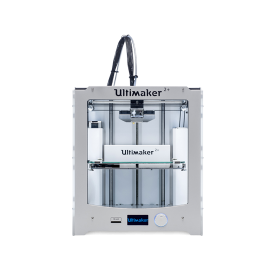 Netherlands-based 3D printer manufacturer, Ultimaker, was formed back in 2011 and has experienced rapid growth since its launch, opening more offices in the USA. As well as its 3D printers the company also offers its slicing software known as Ultimaker Cura and has announced that it will release regular software upgrades.

Now it has formed a strategic partnership with Wenpoo3D, in order to help the Dutch company “meet the increasing demand for its highly qualitative and easy to use professional desktop 3D printers in Mainland China.”

Wenpoo3D has six offices spread across Mainland China, and now their “existing portfolio of industrial 3D printers has now been extended with the high-end segment of industry grade desktop 3D printers of Ultimaker.” This will allow Wenpoo3D to offer professional consumers industrial-standard 3D printing at a lower price.

Jos Burger, the CEO at Ultimaker, commented, “We are very delighted having Wenpoo3D on our side in supporting our sales in Mainland China. Wenpoo3D puts their customer first, which exactly matches our Ultimaker-DNA as well. Their dedicated and enthusiastic staff is fully trained and Ultimaker certified and ready to support customers during their entire customer journey.”

Leon, 3D print expert at Wenpoo3D, said “Being part of the Ultimaker team makes me very proud. We are impressed by the journey and growth that Ultimaker has experienced in such a short time. Unless the rapid development, the company always ensures it places the user central in its strategy. At Wenpoo3D we also put the customer first, we will therefore do our utmost best to provide new and existing Ultimaker users with all the support, software and materials they need to maximize the use of their desktop 3D printers.”