UKCRA wins in complaint against HP 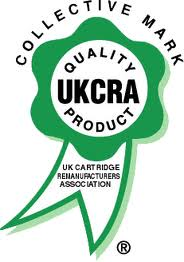 HP has given assurances to the United Kingdom’s Advertising Standards Authority that they will remove the claims from their future advertising.

In January this year, the UK Cartridge Remanufacturers Association (UKCRA) logged a complaint with the UK Advertising standards Authority (ASA) in response to an email HP circulated warning its customers of “imitation toners” and their damaging effects on printers.

In its email, HP claimed that “over 1 in 5 problems caused by non-HP cartridges can cause damage to the printer” and that “49% of imitation cartridges failed during use or right out of the box”, compared to HP original supplies.

With the complaint UKCRA asked the ASA “to request HP to cease and desist from any further campaigns of this sort” stating that the advertisement includes “many statements that are discriminatory” and tries to “to discredit third party toner and inkjet printer cartridges other than their own in their printers.”

UKCRA added at the time: “Printer cartridges that are remanufactured (re-used) are not only more environmentally friendly they are more sustainable than recycling.”

The ASA has now received an answer from HP, who have assured the authority that they will remove the claims from their future advertising.

A check of the HP site reveals that the email in question either does not exist anymore on the server, or it may have been moved or deleted.

ASA said in its message to UKCRA: “We consider that this will resolve the complaint without referring the matter to the ASA Council, and will consequently be closing our file.

Although ASA is not publishing full details of the UKCRA complaint on its website, www.asa.org.uk, basic information including the advertisers’ name and where the ad appeared will appear though on 9 September 2020.