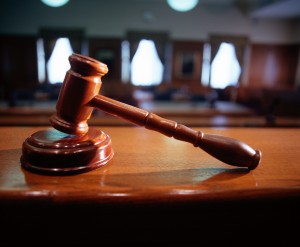 A UK law firm responded to a number of questions relating to patent enforcement cases in courts.

The firm, Powell Gilbert LLP, responded to a number of questions from Lexology about “patent enforcement through the courts” in the UK, including elements of the trial process, damages and remedies, and timescales and costs. Starting with trials, the firm was asked “what level of expertise” can be expected, responding that the IP Enterprise Court and Patents Court “are overseen by specialist IP judges who have a high level of technical and patent expertise”.

Cases are “decided by one judge and no jury” – there are “no juries for patent trials” in the UK – and may be appealed “to the Court of Appeal, where three judges will decide the case” that are “usually led by a specialist IP judge”. Experts meanwhile “play a significant role” in patent cases, with both parties appointing “one or two independent experts each” that submit written evidence and are “available for cross-examination”.

The firm notes that “most of the evidence” comes from expert opinions, but that in IP Enterprise Court proceedings the role of expert evidence “is more limited in scope”. Preliminary injunctions “are available” at the court’s discretion based on whether “there is a serious issue to be tried”, and whether “granting or withholding an injunction is more or less likely to cause irremediable harm”. Infringement and revocation proceedings are normally heard in the same case as well.

UK courts will “consider decisions from other jurisdictions”, especially when “they relate to similar legal principles or the application of issues of European law”. On damages and remedies, the losing party “normally must pay the successful party a significant proportion of its costs, which will be determined on an issue-by-issue basis”. A successful claimant is “typically granted a final injunction, damages, an order for destruction or delivery of the infringing goods and declarations of infringement and validity”.

Claimants can also choose between damages “to compensate it for loss it may have suffered as a result of the infringement”, and an “account of profits”, which helps to “recover any profits made by the defendant as a result of its infringement”. Punitive damages are not considered, and the appropriate level of damages is “often determined by considering the level of royalty that would have been paid by a willing licensee”.

Finally, on timescale and costs, the Patents Court aims to “bring cases to trial quickly”, particularly within 12 months “of the claim being issued”, while expedition “is possible where the court considers it warranted”. An IP litigant should expect to pay at least £500,000 ($703,267/€629,688) “and often considerably more where the issues are more complex”, while it’s common for “single patent actions involving issues of infringement and revocation” to pass £1 million ($1.4 million/€1.2 million) in legal fees.

If a company should win its case, a “significant proportion” of the fees “can be recovered from the other side”, but if it should lose, the litigant “will likely be ordered to compensate the other party for a significant proportion of its legal fees”. In the IP Enterprise Court, litigants “should expect to pay considerably less”, with rewards usually capped at £50,000 ($70,326/€62,968).