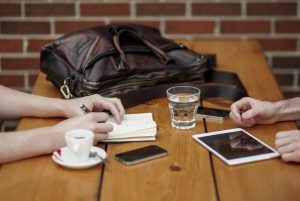 As ITProPortal reports, businesses in the UK remain underwhelmed by the prospect of investing in smart office technology, with only 21 percent having thus far taken the plunge.

The UK is trailing behind the EU, where a report compiled by reichelt elektronik revealed that 50 percent of businesses are not planning to invest in the next year or so.

Of the 21 percent of companies that have invested in the UK, the majority of the smart technology they have acquired consists of “smart lighting, smart alarm systems, heating and air conditioning”. A third of company employees feel the introduction of this technology was a sound investment on the part of their workplace.

Countries such as Germany and France have more readily embraced smart tech, with 59 percent of German companies having invested thus far, and 79 percent in France.

The biggest obstacle that seems to stand in the way of companies investing in smart technology is the cost, as well as “not being able to identify a need for it.” The report alleges that “the biggest difference between the UK […] and France and Germany […] is how they perceive voice-controlled assistants.”

“A staggering half of participants don’t believe there is a place for voice-controlled assistants in the workplace, despite the popularity and increasing use of such devices at home,” it says.

“However, this contrasts the 66 percent of respondents in Germany and 66 per cent in France that say they can imagine using voice-controlled smart assistants.”