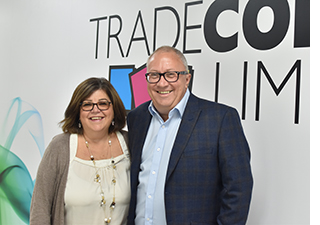 The company has revealed that it is keeping its fingers crossed as the judging process for In-Cumbria’s Best Exporter award takes place.

The Recycler first reported on the company’s award nomination last month, when Marketing Manager Stephen Brownsteele said, “We face some tough competition this year in the form of Oxley Group who run a large and very tight export operation but I know how good we are here so I’m looking forward to the November awards.”

This year the company’s export department hit the “magic 1,000” export milestone for a five-day period.

As part of its submission for the business award, Trade Copiers underwent an interview with Maria Whitehead MBE of The Hawkshead Relish Company, and says it is hoping to repeat last year’s win.

Stephen Brownsteele, Marketing Manager, said: “Maria came to interview us last year when we were in the process of the building work so she has been able to see real and physical improvements which should bode well for the final decision on who has won Best Exporter.”

The award ceremony will be held at the Halston Hotel in Carlisle on 15 November 2018, and be will be hosted by popular radio personality, Jeremy Vine.