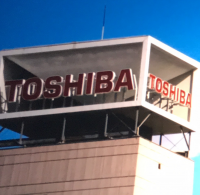 The company’s plans to sell off its multi-billion dollar computer chip business have been plagued with last-minute difficulties.

The Hi-Tech Facts reported last week that, while “Toshiba’s board signed off Wednesday” on selling the business to “a group led by Bain Capital Private Equity”, the deal has been complicated by the fact that Western Digital, Toshiba USA’s joint venture partner, has opposed it.

Toshiba’s attempts to sell the business have been well-publicised ever since the international company first began seeking a buyer in January this year. Auditors “finally signed off in August after an investigation that centred on whether Toshiba had known in advance about the losses that emerged related to Westinghouse’s acquisition of CB&I Stone & Webster, a nuclear construction and services business.”

Toshiba’s decision to sell its $18 billion (€15.1 billion) NAND memory chips business was taken at a company board meeting last Wednesday.

The consortium “includes South Korea’s SK Hynix and other Japanese and foreign companies” and Toshiba released a statement saying that $3.2 billion (€2.6 billion) “will be invested to stabilise the chip business operations”.

Now it is reported that Bain, which has partnered with SK Hynix and “brought in deep-pocketed USA buyers of Toshiba chips such as Apple Inc. and Dell Inc. to bolster its bid” nevertheless faces last-minute problems in clinching the deal due to the opposition of Western Digital.

Akira Minamikawa, principal analyst at HIS Markit, commented, “It’s clear to everyone that this Bain deal will have difficulty succeeding,” adding, “And strong players there are Samsung and Western Digital, not SK Hynix.”