It is true never let the facts get in the way of a good story, but in the end the split was confirmed.

After days of will they, won’t they, Toshiba has announced they will split the company by creating two new publicly traded companies and the Toshiba business will become the third standalone company. 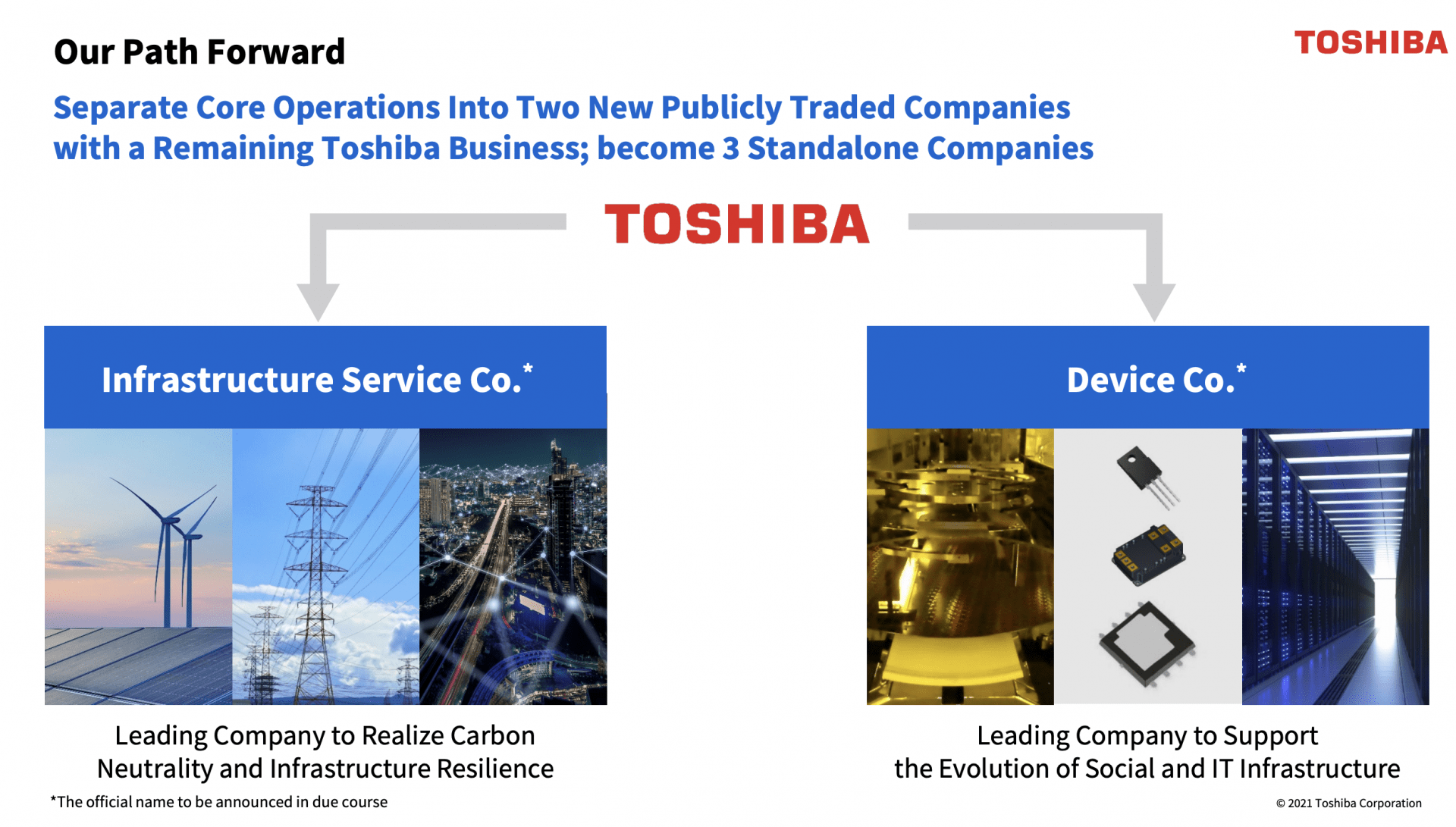 It is expected that the completion of the spin-off and listings will be completed (subject to regulatory review) in the second half of FY2023.

Our take on this: It makes sense but appears un-Japanese. The clear twenty first century focus is refreshing and at the same time would make Toshiba business an attractive acquisition target a few years down the road.

The backstory to the announcement

On Tuesday 9th November, Reuters, the trusted bastion of news reported that Toshiba was “considering splitting itself into three companies focused separately on infrastructure, devices and memory chips, citing a spokesperson who said on Monday, a move that could address the Japanese firm’s persistent conglomerate discount.” A few other esteemed publications also ran with the story.

Even we got a little bit excited and asked our man in Tokyo to enquire. Our interests focused, obviously, on the devices and memory chips bits.

So, having commissioned (paid) our man in Tokyo to enquire at Toshiba he makes one call and finds it is a non-story, as others have discovered. In fact, Toshiba issued a statement a day later:

“TOKYO – Since last night, there have been multiple press reports stating that Toshiba Corporation (Toshiba) plans to divide itself into three companies, and all three are expected to be listed. These are not based on any announcement made by Toshiba.

Toshiba is in the process of formulating its next mid-term plan to enhance corporate value, and a split, as stated in the press reports, is one potential strategic option. However, no definitive decisions have been made by Toshiba as of today. Toshiba will make an announcement if any decision is made that requires disclosure.”

As we now know Reuters did not get it wrong, because they normally don’t. But maybe loose lips on Monday prompted today’s announcement. Either way, our €50 fee helped turn a non-story into a story.