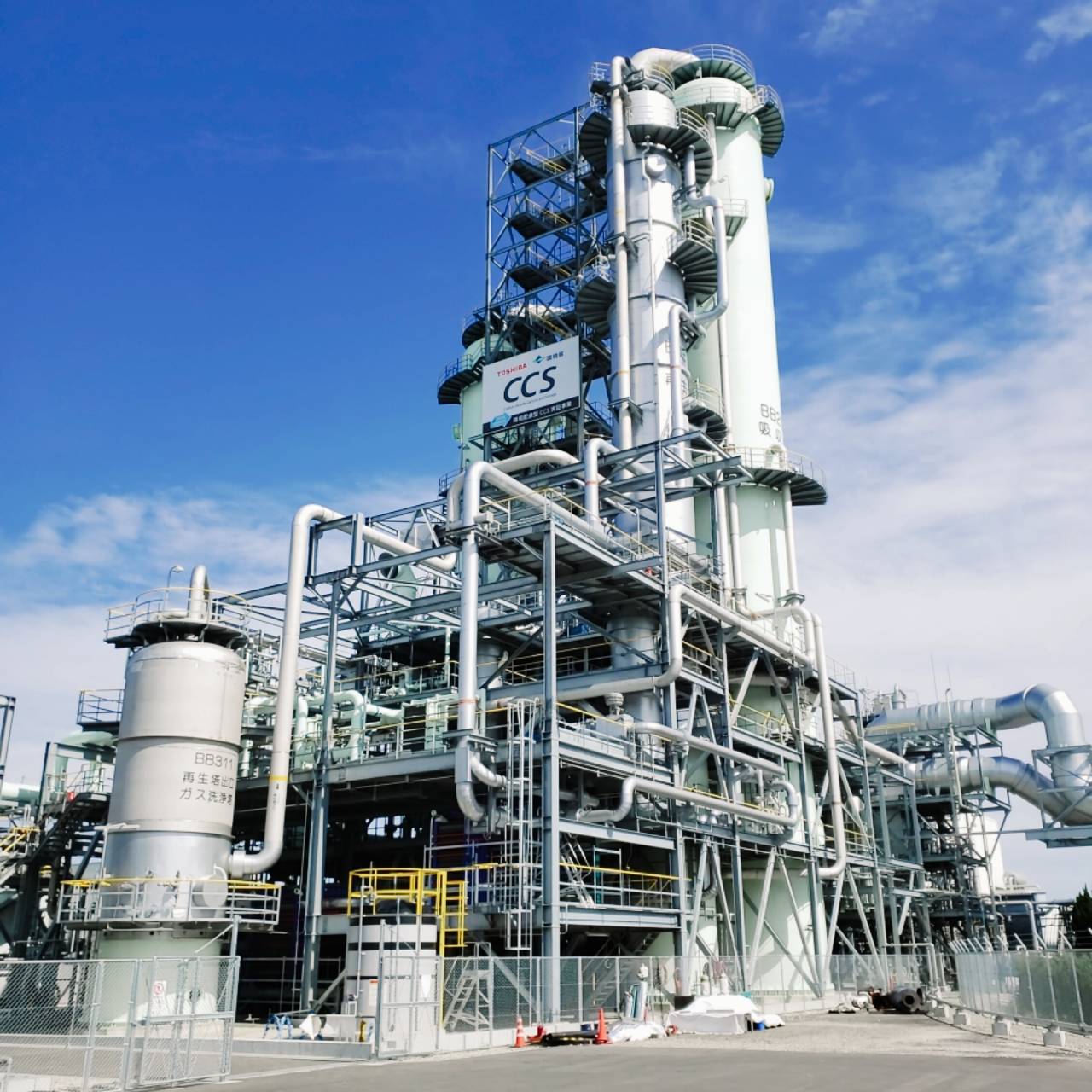 The company has announced that the operation of a large-scale carbon capture facility at Mikawa Power Plant in southern Japan.

Toshiba Energy Systems & Solutions Corporation (Toshiba ESS) has announced that operations of a large-scale carbon capture facility at Mikawa Power Plant have begun. This facility will capture more than 500 tons of CO2 a day, over 50% of Mikawa’s daily emissions and is Japan’s first carbon capture unit to capture over 50% of total CO2 emission from a thermal power plant.

The 50,000 kW Mikawa Power Plant is a biomass-fired power plant and is deemed carbon-neutral. Utilising the CO2 CCS technology at this plant, it becomes a “negative emission” BECCS power plant, that removes CO2 discharged in the past and which has accumulated in the atmosphere.

Toshiba ESS already operates a pilot carbon capture facility that can capture 10 tons of CO2 a day at the same Mikawa Power Plant. This has been used to verify and demonstrate practical operation of the system, including its performance, operability and maintainability.

While the global focus is to realise a low carbon society and introduce renewable energy sources as the primary source of energy all over the world. Thermal power generation will continue as a major part of the dependable electrical energy supply. Accordingly, the use of carbon capture, utilization and storage technology can significantly reduce CO2 from these power plants and is vital for its sustainability.

Takao Konishi, Director and Senior Vice President of Power Systems Division at Toshiba ESS commented, “We are honoured to start the operation of this large-scale carbon capture facility. Through this project, we will further contribute to global promotion of cleaner energy production through development and deployment of CO2 capture technology, including its application to biomass power plants.”