Time to cast your votes! 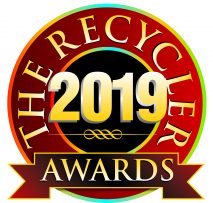 Among the nominees for Remanufacturer of the Year is wta Carsten Weser GmbH, which scored a hattrick of awards, gaining its third such accolade last year, and who is now potentially in the running for a fourth. Some of the other industry stalwarts who have also been nominated for this award include Static Control Components (Europe) Ltd and Armor SAS.

Gaining the list of nominees for Supplier of the Year is first-time entrant and OEM, KYOCERA Document Solutions Europe, rubbing shoulders with CiT BV, Intelet’s new partner and distributor, and Poland’s Biuromax, among other well-known industry figures.

CiT and Biuromax are also on the list for Customer Service of the Year, and the Polish company has been nominated for its marketing campaign as well, which involved using social media and display marketing.

The two nominees for Rising Star of the Year are Annie Willert of LMI Solutions Inc and Jack Anderson of Effective Consumable Solutions Ltd.

To cast your vote for your industry favourite, click the button below.