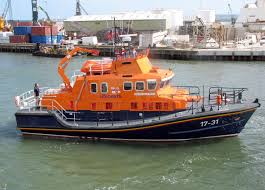 The Recycling Factory has announced that, for the fourth consecutive year, it has reached its £100,000 ($164,000/€120,000) fundraising target working with the Royal National Lifeboat Institution (RNLI) by recycling ink and toner cartridges as well as mobile phones and other electronic goods; with the UK-based company working in partnership with the charity for five years.

The money was raised with the help of RNLI supporters, who were able to send their empty cartridges in freepost envelopes or free recycling boxes provided by The Recycling Factory, with 100 percent of each item’s value donated to the charity.

Commenting on the achievement, Ros Whitlock, Corporate Partnerships Manager at RNLI, said: “We are really grateful for The Recycling Factory’s ongoing support and the contribution for 2013 will make a big difference towards the RNLI being ready to save more lives at sea.”