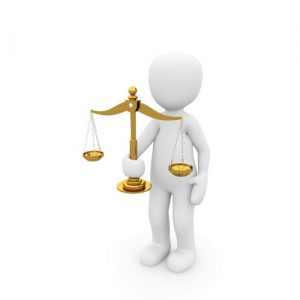 The OEM has been stepping up its campaign against patent infringement still further this week, announcing a new legal case and the filing of two more Report Infringement Forms with Amazon.

As well as the complaint filed in the U.S. District Court for the Central District of California against LD Products, Canon has also announced this week that the District Court Düsseldorf has granted the OEM a preliminary injunction against Hamle GmbH, doing business as “hamle,” “liondo” and “merotoner,” as well as against its managing director.

The preliminary injunction is based on the infringement of the German portion of Canon’s European patent EP 2 087 407 relating to a drum unit and a process cartridge. The preliminary injunction enjoins Hamle GmbH from offering and distributing laser toner cartridges comprising a drum unit with a certain coupling member, via, for example, www.amazon.de. The infringing cartridges can replace the OEM cartridge model HP CF226A, which is compatible with HP laser beam printers.

Furthermore, the preliminary injunction contains a claim for sequestration, so the infringing cartridges have been handed over to a bailiff until the matter is finally solved.

The Defendants have the option to file an objection against the preliminary injunction. However, as service on the Defendants was effected, Canon can enforce this decision.

Canon has also reported the filing of two more sets of Report Infringement Forms. The first set of forms is with Amazon.com seeking removal of Amazon.com listings for certain toner cartridges sold by Quicktoner for use in HP laser beam printers.

At the time of this announcement, the above-identified Quicktoner listings were no longer available on Amazon.com.

The second form was filed with Amazon ES based on the alleged use of claims 1 and 2 of the Spanish portion of Canon’s European Patent EP 1 977 289 (“EP ‘289”) regarding the cartridge model “CB540A” offered by Brama Hispania S.L. under the ASIN B00DYVTLYI.