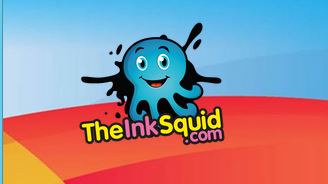 Adrian Meakin of The Ink Squid, an online retailer of third-party cartridges, is readying to go to Parliament to battle Epson’s campaign against resellers on sites such as Amazon and eBay.

As the Blackpool Gazette reports, Mr Meakin says that “Epson has started leaning on some online market places such as Amazon and eBay to take down the third party listings.”

He added that the OEM was using “copyright claims”, declaring that its patent is being infringed, but according to Mr Meakin, this is “just a ruse to remove the third party retailers.”

Meakin is being supported by the Open Rights Group, which has lodged a complaint with the UK Competition and Markets Authority.

Meakin said, “Epson is getting Amazon and eBay to take down thousands of listings nationally, purely on their say-so that these listings are infringing their Intellectual Property rights.

“Putting a big brand in an incredibly powerful position to crush its competition, no questions asked. This is damaging the market and gradually creating a 100 per cent monopoly for Epson.

“Their patent is an old one and solves a problem that does not exist – it has been registered to supposedly protect against a situation where a drop of liquid somehow finds its way onto a cartridge chip in between the cartridge being removed from the protective plastic and it being installed.

“Frankly you have about as much chance of being struck by lightning so there is absolutely no need for the patent – it’s real motive is to create a monopoly under the radar.

“Effectively Epson is saying that if a cartridge functions but isn’t made by Epson, then by definition it is infringing their patent.

“We have had about 80 listings removed on Amazon and nearly 400 on eBay so far. Epson compatibles account for about half of our turnover.

“A report has been made to the Competition and Markets Authority and we have a meeting to bring this to Parliament’s attention.”

Jim Killock, executive director of the Open Rights Group, said: “The right way for Epson to proceed is to take the cartridge importers to court, if they really believe their patents are infringed.

“Targeting small businesses reselling these cartridges on eBay and Amazon may be easy, but it is unfair. Epson have been given power of judge, jury and executioner over their own legal claim.”

A spokesman for Epson commented, “Epson spends €1.4 million ($1.8 million) on R&D daily, filing about 4,000 new patents each year.. We do everything we can to protect this investment in innovation and our Intellectual Property. We welcome legitimate competition; however, the patents granted to us give us the right to object to companies and individuals copying the technologies that we have developed and own.

“This type of IP infringement is both damaging to us as a business and brand, and to channel partners and loyal customers. “Our patent-enforcement activities are based on extensive purchasing and study of the products to confirm any infringement. In the case of a confirmed patent infringement on eBay or Amazon, an even-handed approach is taken, whereby we present our case to the infringers and give them the opportunity to present counter-arguments, only resorting to further action if common ground cannot be reached.”