The environmental impact of printing 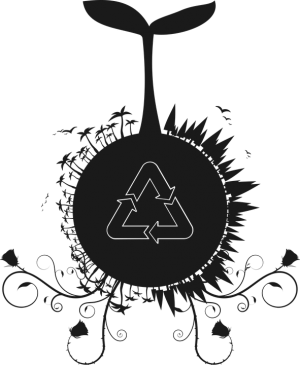 While the introduction of printing gave a substantial boost to workplace productivity, the environmental effects have been considerable.

As The Future of Things explains, printing and printer cartridges number among “some of the most important and influential innovations” of the past 200 years, enabling “people and organisations to scale up their operations and productivity”. But along with the increased inefficiency has come an environmental price to pay.

This is partly due to the fact that the majority of the power used to make them work comes from the burning of fossil fuels, with coal-fired power plants being cited “among the biggest culprits”; and, worryingly, with printers being so widespread throughout the world, “the demand for an energy source will continue.”
In addition, another pressing and well-documented issue is that of waste, with the usage of office printers resulting in a drastic increase in paper waste, some types of which “release toxins into the environment” before they biodegrade.

The wastage of ink cartridges is another critical related issue, with up to 80 million cartridges fetching up in landfill yearly across the globe. The estimated time it takes for these cartridges to break down is between 400 to 1000 years, and if this wasn’t troubling enough, while they are breaking down they infect the ecosystem with the chemicals leaching from their plastic and ink.

By taking steps to reduce this damaging output of waste, and to make printers more environmentally friendly, we could prevent “hundreds of thousands of greenhouse gases” being emitted into the atmosphere, as well as making local ecosystems healthier and more likely to flourish.

A number of organisations around the world are already taking action, such as Cartridges Direct, which has partnered with Cartridges 4 Planet Ark to ensure used cartridges are returned once they have been used. In addition, improvements have also been made by manufacturers to help make sure ink and printer cartridge materials are “more eco-friendly”. This will ensure that fewer carcinogenic chemicals are released into the environment.