The early bird catches the worm 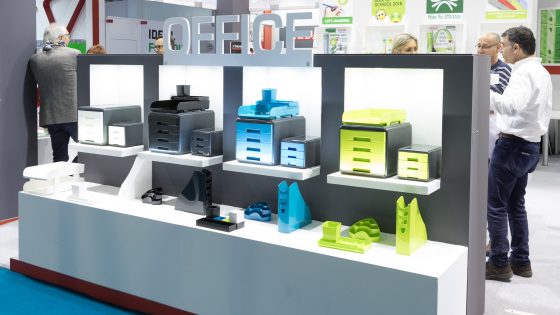 There is now just one week remaining in which to take advantage of Messe Frankfurt’s early bird discount for Remanexpo, part of Paperworld 2019.

Messe Frankfurt, organisers of popular industry trade show, Paperworld, have been offering companies an early bird deal when it comes to booking their places at next year’s show, which will be held in Frankfurt from 26 – 29 January 2019. However, the deal closes on 13 April 2018, so for those businesses who haven’t yet booked their booth, the opportunity to take advantage of the discount is running out.

If this year’s edition of the show is anything to go by, next year’s Remanexpo event will provide an ideal platform for those in the industry to mingle, network, and market their products, while learning more about current trends and prospects for the future.

For the first time the Remanexpo product group will be moving to Hall 5.1, leaving its previous home of Hall 6.0. The relocation will allow Remanexpo to benefit from a more direct link to the main thoroughfare of the show’s visitors.

A number of industry stalwarts are already confirmed for 2019, among them CET Group, ARMOR and Data Direct.

Paperworld 2018 was slated as a roaring success, attracting over 1,640 exhibitors from 66 countries, as well as 33,787 visitors, meaning the show outperformed its previous incarnation in 2017.