The dawn of robot remanufacturers? 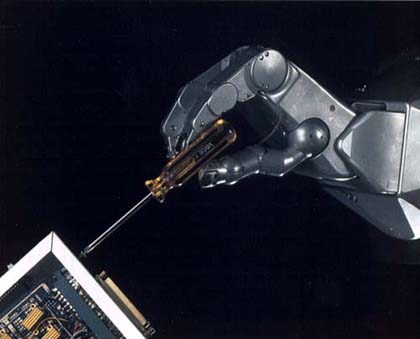 A British Government-backed R&D project has been set up to assess the role automation could play in remanufacturing.

A new Research & Development project is exploring the potential role of automation in the remanufacturing process. The Autonomous Remanufacture of Complex Products is funded by Innovate UK, the country’s Government-backed innovation agency, reports the CRR.

Currently, remanufacturing heavily relies on skilled technical staff, and their diagnostic, problem-solving abilities; however, much about the process can be repetitive – such as inspection and disassembly – and is capable of being automated.

Automated remanufacturing poses several potential hurdles, however, such as the complex need to deal with multiple different incoming products, the damaged or dirty state of which may complicate the repetitive tasks.

The ARCP project, led by Homeodynamic Autonomy Ltd and involving consultants from Oakdene Hollins, is undertaking a technical, operational and financial analysis of the processes involved, to help understand the critical steps of remanufacturing and how robotics could play a role. Working with robotics experts from the University of Birmingham, the project aims to analyse, encode and then trial an automated process which will then be able to accommodate variability as necessary.