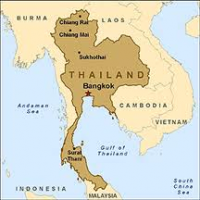 The Asian country was the lead originating country for fake printer cartridges coming into Europe in 2014, while China was the overall primary supplier of counterfeit goods, accounting for 80 percent.

The seized goods had an overall value of €617 million ($681 million), with the high detention numbers linked to seizures of large amounts of small parcels in express and postal traffic, as internet sales continue to rise. Cigarettes were the most seized item, accounting for 35 percent of the detainments, followed by toys and medicines, while Malaysia topped the list for mobile phone accessories.

Court cases were started or goods were destroyed in more than 90 percent of the cases. The Commission introduced new regulations on IP enforcement in June 2013, applicable since 1 January 2015, allowing customs to destroy suspected goods without the need for a legal proceeding to establish an infringement, and adding a new procedure for destroying small consignments.

As of 2014, EU customs notices are administered through an online database – the anti-Counterfeit and anti-Piracy Information System (COPIS), which customs authorities use to register the applications for actions from rights-holders and all infringements. In each case resgistered, information is added regarding the category of goods and right-holder.