The court confirmed that it has “agreed to decide” whether the OEM “can use patent law to stop companies from refilling and selling” its cartridges. 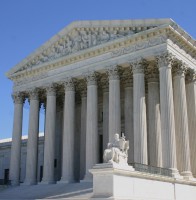 The case was decided in Lexmark’s favour earlier this year, with the US Court of Appeals ruling that the US remanufacturer had “infringed Lexmark’s patents by marketing refurbished Lexmark cartridges that originally were sold with ‘single use’ or ‘no resale’ restriction in the US and abroad”. The case began when Impression was named in an IP infringement case in October 2013 referring to the “unlawful importation […] the sale for importation and/or the sale within the United States after importation” of a number of infringing remanufactured and cloned aftermarket cartridges.

Impression moved to dismiss and overturn Jazz Photo, which impacts on patent exhaustion, or the “first-sale doctrine”, influenced by the Supreme Court’s ruling in the Kirtsaeng case, which prevented copyright owners from stopping imports and reselling content sold abroad. The February ruling decided Impression “infringed the patent rights of Lexmark […] when it imported Lexmark’s toner products back into the United States after they were first sold abroad”, and was “liable for selling refurbished Lexmark cartridges that were originally marketed for a single use under its return and recycle programme”.

Recently however, the US government backed an “overturn” of the decision, and “urged” the Supreme Court to review it. Now, the New York Times has reported that the court agreed to take on the case on Friday 2 December, noting that the case will “decide how much control patent holders have over how their products are used after they are sold”.

The Obama administration, in its plea, stated that “for more than 150 years, this court has held that, once a particular patented article has been sold in the United States by the patentee or with his authorisation, the patent laws do not constrain the subsequent use or resale of that article”. The article also referred to supportive briefs for Impression Products from advocacy groups including Public Knowledge and the Electronic Frontier Foundation (EFF), as well as Intel.

The International Imaging Technology Council (I-ITC) also reported on the development, noting that the decision was “a good sign that the highest court of the land will strike down Lexmark’s efforts to control cartridges” after sale, and “to overturn the precedents that Lexmark has based its activities on”. It also pointed out that the case “will be heard sometime in the new year”, and that it will “file another friend-of-the-court brief on behalf of cartridge remanufacturers”.

The association, pondering how the court might rule, noted that the Supreme Court “has routinely been overturning patent holders’ positions supported by the federal circuit”, including in the Kirtsaeng and Quanta decisions, and it pointed out that it “wants decision makers at all levels of government to know about the importance of our industry. These briefs convince judges of the importance of a fair and open marketplace for imaging supplies”.