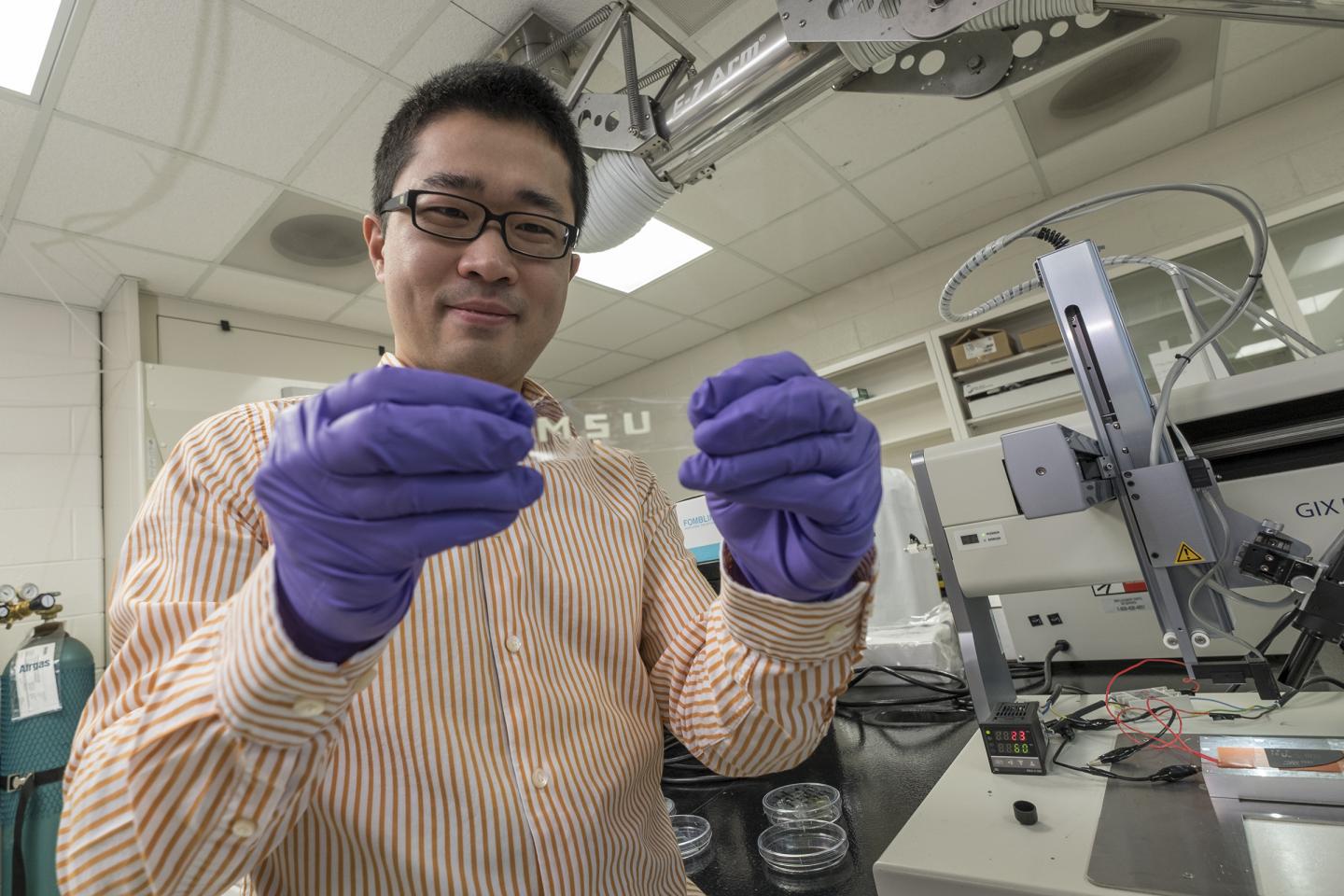 Researchers at Michigan State University have “developed the first stretchable integrated circuit”, which was made using an inkjet printer.

Science Blog reported that the development by engineering researchers could raise the probability of cheap “mass production of smart fabric”, and that smart tablets could be stretched to make them bigger, or wallpaper could double as an electronic display. The circuit was developed in the laboratory of Chuan Wang, Assistant Professor of Electrical and Computer Engineering.

Several materials make up the smart fabric, including nanomaterials and organic compounds, which are “dissolved in solution to produce different electronic inks” – these are then used in the printer to make the circuits. Using the ink in this state has meant that Wang and his team have been able to create the “elastic material, the circuit and the organic light emitting diode or OLED”, but Wang estimates that it will take two years to develop the next step which is “combining the circuit and OLED into a single pixel”, as smart screens and tablets have millions of them underneath their screens.

Once this is done, then the smart fabric can become a commercial commodity, a stretchable electronic fabric that Wang said could be folded up and put in a pocket with no breakage, which is a big advantage over existing “flexible” electronic materials. He added: “We have created a new technology that is not yet available and we have taken it one big step beyond the flexible screens that are about to become commercially available.”